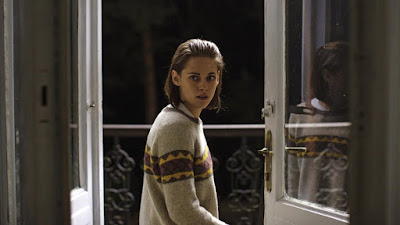 Olivier Assayas and Kristen Stewart made for the most unlikely pairing when they collaborated on their first film, Clouds of Sils Maria, shown in Cannes in 2014, and in which the American actress had a supporting role against Juliette Binoche, yet she made a big impact, winning a César in the process. Now the auteur dream team is back with Personal Shopper, in which Kristen Stewart has the leading role.

In Personal Shopper, Maureen (Kristen Stewart), a young American woman works as the personal shopper of a famous woman in Paris, while coming to terms with the recent death of her brother.


Clouds of Sils Maria was a more classical reflection on theatre, art, and the cruel passing of time, but Personal Shopper is something else entirely, a much more radical and experimental film that is as baffling as it is exciting. It feels very nouvelle vague playfulness, with echoes of Jacques Rivette and Alain Resnais. Maureen is pretty much the only focus of the film, she spends entire scenes alone and most of her communications is spent via texts and e-mails, as well as some rare phone calls. Indeed, we barely get to see her boss, and her boy-friend is away in Oman.

As such, Kristen Stewart carries the entire film on her shoulder, and she is phenomenal. Her seemingly effortless performance conveys so much with subtlety and naturalism, while often being just as mysterious as the script. It would not be surprising if the American actress had contributed to the script as it feels as much her film as the director's.

This "foreigner lost in Paris" aspect brings back memories of Assays's Irma Vep (1996) in which Maggie Cheung played a Hong Kong actress hired to act in a film shot in the French capital. This is also a commentary about our always connected yet strangely disembodied modern world, especially the younger generation. Maureen spends most of her time alone in presence, yet is constantly communicating with others one way or another. Not the most original statement you might argue (and one that went horribly wrong in the recent misfire Men, Women and Children by Jason Reitman) but Olivier Assayas handles it beautifully, and more important, mysteriously. 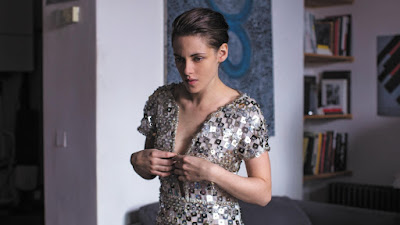 Indeed, much of Personal Shopper is a mystery as events surrounding Maureen become increasingly strange, as if her loneliness and lack of physical contact meant she was losing our grip on the world of the living, while getting closer to the world of spirits. There are ghosts and spirits throughout the film, and those scenes have a touch of Raul Ruiz in them, particularly in the beautiful way Olivier Assayas films empty houses. While this is not a genre film per se, the French director also generates a sense of underlying threat which makes his film rather terrifying at times.

Provocative, thought provoking and not just a bit mad, Personal Shopper is a wonder of mystery and experimentation, the sort of film that I am sure will stay with audience and keep them guessing long after they have seen it.