What Are They All About?
Tobe Hooper’s belated sequel to his 1973 classic is a very different film to the original. Leatherface and his family now live under a disused theme park, where they make award winning chilli (the secret is it’s made of people). One night a DJ named Stretch (Caroline Williams) records a call from two college kids, which ends in their murder by the Sawyer clan. This leads to Stretch meeting up with Lefty Enright (Dennis Hopper), the uncle of Sally and Franklin from the original film, who has been pursuing his family’s murderers for years.

The third film goes back to basics, with a young couple (Kate Hodge and William Butler) ambushed by Leatherface and family. They fight to survive, with the help of a survivalist ‘Nam veteran (Ken Foree).

Call Me By Your Name By Luca Guadagnino 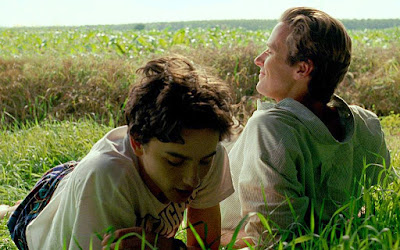 Adapted from Andre Aciman’s 2007 novel of the same name, Luca Guadagnino’s Call Me By Your Name offers one of the most expertly crafted and beautifully told love stories of the last decade. With a masterful score and some genuinely impressive performances, the film manages to immerse its audience in its gently melancholic world from the offset, and when it’s over you will find yourself completely and utterly mesmerised by its protagonists and its beautifully ephemeral nature.

After a few weeks off to attend and then recover from the London Film Festival, Why Haven't You Seen...? is back and for the next couple of weeks I'll be featuring some Halloween double bills.

What Are They All About? 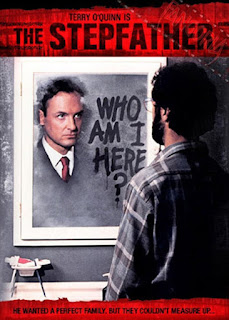 In The Stepfather, Jerry Blake (Terry O’Quinn) is in his late 30’s, he lives with his new wife Susan (Shelley Hack) and her troubled 17 year old daughter Stephanie (Jill Schoelen) in a middle class home in a safe neighbourhood. Jerry wants to create a perfect family life, in fact he’s so obsessed with this that  Stephanie begins to suspect that Jerry has a sinister secret and begins investigating his past.

The sequel performs some plot gymnastics to open with Jerry (O’Quinn again) in a mental hospital. He soon escapes, becoming Gene Clifford, a psychiatrist. He targets Carol (Meg Foster, a divorcee with a 12 year old son (Jonathan Brandis) and soon they’re engaged, but Carol’s friend Matty (Caroline Williams) has a bad feeling about Gene. 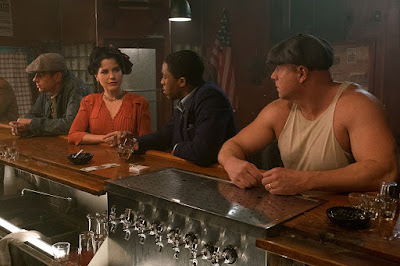 
As courtroom dramas go, you can’t do much better than Reginald Hudlin's brilliantly understated new feature film Marshall. This mid-budget surprise hit is everything you would want from the genre and much more; and the fact that it is based on a true story makes it all the more gripping. Chartering an early case in legendary civil rights lawyer Thurgood Marshall’s career, the film does a commendable job in reacquainting those of us who were less familiar with the man and his tireless fight against institutional racism against black people in the American justice system. 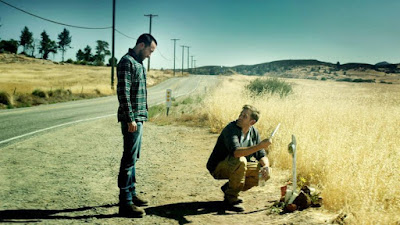 The Cult section was a welcome addition to the London Film Festival 5 years ago, a further proof that genre cinema is becoming more accepted (although certainly not more mainstream!). Bloody, unusual or just downright weird, this year's cult strand was a big hit.

Directing duo Justin Benson & Aaron Moorhead made a big impact with Lovecraft-esque romance Spring (2014), which was already presented in the London Film Festival cult strand, and was called one of the best horror films of the decade by Guillermo Del Toro. Before that, the two indie directors' debut, Resolution, a lo-fi oddity, had become a cult classic among the most enlightened cinephiles circles. 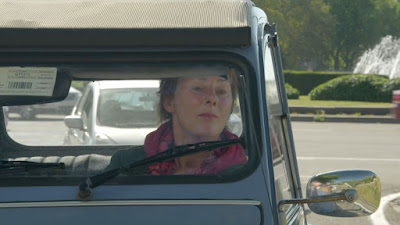 Unlike the heavy hitters of the festival circuit such as Cannes and Venice, the London Film Festival has a much wider selection of films, serving as a digest of the best films shown in various festivals of the year, including some lesser knowns one and real discoveries.

A fly on the wall documentary by the team behind Belgian TV sensation Striptease,  So Help Me God follows a middle-aged female judged in her day to day work, as she tackles some of the most unusual and brutal cases, including a cold case involving some savage murders. 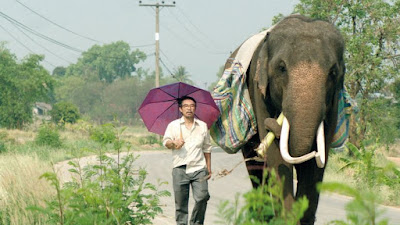 The London Film Festival is committed to gender parities, and female directors had an impressive showing in this year's edition, throughout genres and countries, as proven by two very different films, Pop Aye by Kristen Tan, and Lady Bird by Greta Gerwig.

There is more to Thai cinema than Apichatpong Weersathakul and its seductive blend of dreamy spiritualism. In Pop Aye by Kirsten Tan, a middle aged man unexpectedly bumps into his long lost elephant in the streets of Bangkok, and makes it its quest to bring its childhood home in the countryside.

The Reagan Show By Pacho Velez And Sierra Pettengill 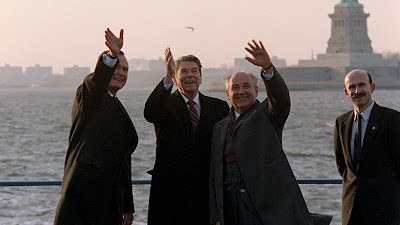 Focusing on the narrow topic of the arms reduction negotiations and treaty with the USSR, but not exclusively, the realisation slowly dawns that here was a man acting a role for some unknown body. As is always the case there is no obvious conspiracy, merely the understanding that vested interests were acting with impunity. All the familiar tropes are there for the aspiring right wing putative “leader of the free world” (© any right wing American), the use of simplistic language, evil, empire, freedom ad infinitum, the equating of freedom with the right to make money and the vacuity at the heart of the beast.