The Bloggies Film Awards: The Winners! 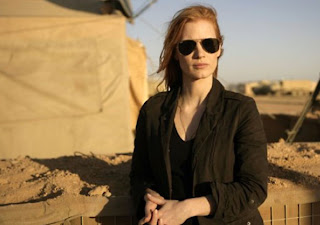 Last night, Hollywood handed out the biggest film awards of them all, the Oscars, in a glitzy ceremony watched by billions. A few days before, on the complete opposite end of the spectrum, a bunch of bloggers handed out their own film awards in a glitzy, beer filled ceremony at the British Film Institute in London (well we just crashed the bar, they had no idea that we were making movie history in their premises), watched by, err, a few other drunken patrons. So, before we unleash the results, a few comments about the results below. 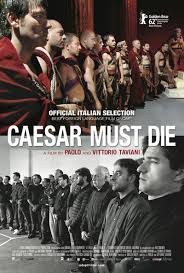 In the Philippines inmates stage huge choreographed dances to 'Thriller', however in Italy they prefer to take on the classics and perform a production of Shakespeare's 'Julius Caesar'. Two opposite ends of the spectrum, but both have their value to society, and for the many long term prisoners the affects are rewarding. Winner of the Golden Bear award at the Berlin Film Festival last year, this film is from the brothers Paolo and Vittorio Tavani. 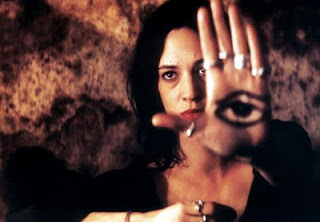 Set in the titular Transylvania writer and director Tony Gatlif's 2006 Transylvania begins with Zingarina (Asia Argento) a French woman travelling into rural Transylvania to find her musician boyfriend Milan (Marco Castoldi) who has suddenly left France for his home. Her French friend Marie (Amira Casar) travels with her along with their interpreter.

For Ellen - Paul Dano, in the snow

'For Ellen' is the third film from Korean/American director SoYong Kim. Her first feature 'In Between Days' won the special Jury Prize at Sundance in 2007, and 'For Ellen' was also very well received at Sundance in 2012. It is a very slow moving film, this new 'slow cinema' style is scenery heavy, script light and this is no different, but there is a tender beauty to the wintry landscapes. 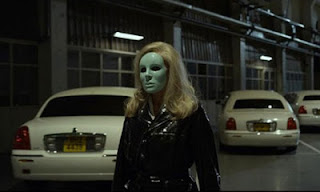 Last year, Martyn Conterio from ace film site Cinemart and myself decided to ask a few British film bloggers to vote for our very own film awards, as an alternative to the Oscars and other Baftas which, in our modest opinion, lacked thrills and originality. And while last year results ended up a little too close to the Oscars for my liking (at least Drive won best film!), we decided to give it a go once again, with a growing number of participants. And we have now a list of nominations below, but a few comments first.
Read more »
at 22:53 No comments:

The Blob Vs The Thing: Who Would Win In A Fight? 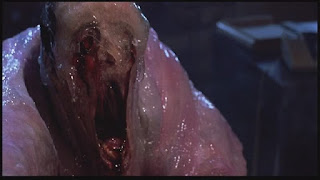 Just like an MTV's Celebrity Deathmatch spin-off, the world of horror crossovers gave us Freddy Vs Jason and Aliens Vs Predators. There was even a rumour of Freddy Vs Jason Vs Ash (from Evil Dead). But why stop there? Michael Myers Vs Leatherface? The Woman Vs The Wolfman? Dracula Vs Dragula? The possibilities are endless, and mostly, obvious. But what about... The Blob Vs The Thing!

The Stuff: Are You Eating It... Or Is It Eating You? 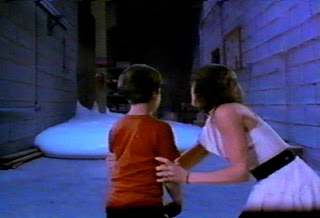 Plot: Two miners find a strange while milky substance oozing out from the ground. They proceed to taste it (as you do) and find it strangely delicious, addictively so even. Fast forward a few months and the "Stuff"'s craze/crave is sweeping across the USA, being sold as a delicious desert. But the Stuff might not be all that it seems, and its true nature has got an icky surprise in store for those addicted to it. And you thought Coke Zero was bad.

The Stuff belongs to an 80's sub genre, the substance horror, just like the Blob, Street Trash and more loosely Brain Damage, a trend which saw sub David Cronenberg directors experiment with the human body as if it was some bright playdo. 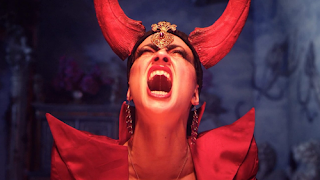 After Jennifer Lynch and Brendan Cronenberg, it is the turn of yet another child of one of cinema's tzar of the bizarre to follow their infamous fathers' footsteps, Adan Jodorowsky. I truly hope Peter Greenaway's children are taking note as we speak. Anyhow, out of nowhere came this teaser for Adan Jodorowsky's film called The Voice Thief, which looks absolutely fantastic!

At first, I got excited, what a brilliant trailer, I thought, I cannot wait for the full film! Then I realised it might be a fake trailer, cruelly destined never to be seen, a bit like Thanksgiving or Fu Manchu with Nicolas Cage in Grindhouse, which never got the transition to full feature length they deserved (at least we got Machette!). The reality lies half way through. While The Voice Thief is a real film indeed, this teaser is meant as a crowd funding tool to help the director realise a short film out of this.

Wreck it Ralph – A Blast Of Creativity 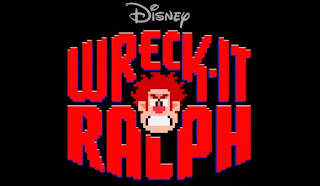 A 3D computer animated film from former American director of The Simpsons and Futurama, Rich Moore, for in-house Walt Disney Animation Studios (who recently released the fabulous Bolt and Tangled) couldn’t be a disappointment.