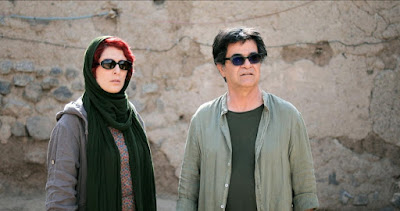 For a filmmaker placed under as many limitations as Jafar Panahi is, he’s a surprisingly prolific director. Less than halfway through a 20 year ban on making films, a ban imposed on him by the Iranian government, he’s now made four features; his latest, 3 Faces, is arguably his most audacious when it comes to the film’s production.

Where Panahi’s previous films have seen him confined to his house in This Is Not A Film and a car in Taxi, 3 Faces sees him and co-star Behnaz Jafari - both playing versions of themselves - on a road trip through Iran’s rural expanses to find Marziyeh, a young woman who, after being denied by her family the opportunity to become an actress, has reached out desperately to Jafari in a video message, which appears to show her committing suicide after several calls for help. Burdened with the feeling that they are somehow responsible for the young girl’s apparent demise, both Panahi and Jafari set off to a quiet village in search for the truth. 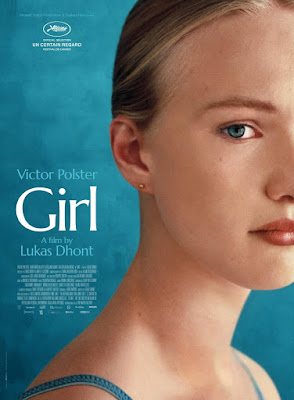 When talking about Girl, it’s hard to separate the film from the controversy it has provoked since its release. The first-time feature from director Lukas Dhont has caused many critics to take issue with it for a number of reasons; these have mainly centred around the film’s presentation of its transgender protagonist and the apparent lack of any trans people in the film itself. Girl’s story and main character are inspired by dancer Nora Monsecour - who, according to interviews, also had some creative input in the film’s making - but here the central character Lara is played by Victor Polster, a cisgender male. These are substantial, valid concerns and worth highlighting, especially at a time when the industry is becoming increasingly aware of the importance of representation on all levels.