Embrace of the Serpent by Ciro Guerra 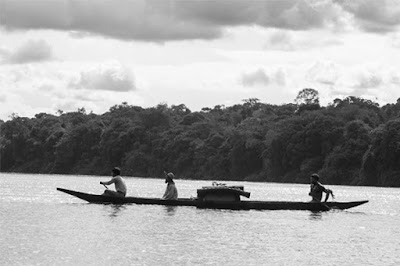 The Colombian Amazon, 1909. German ethnologist Théo Von Martius (Jan Bijvoet) enlists shaman Karamakate (Niblio Torres) to help him find the mythical yakruna plant, which he hopes will cure his sickness. In return, Von Martius pledges to deliver Karamakate to the last of his people, the Cohiuano, from whom he has been separated since white Europeans descended to colonise the area.

Ciro Guerra's film, shot in austere black-and-white, recounts their journey upriver into the heart of the rainforest while simultaneously telling the story of the older Karamakate (Antonio Bolivar) agreeing to take a second explorer, American botanist Evan (Brionne Davis), on the same quest in 1940. 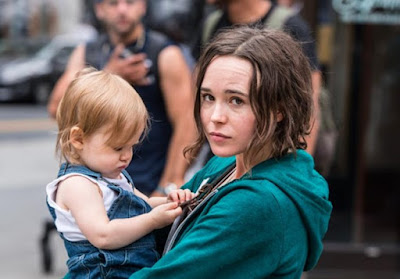 After a hiatus in 2015, The Sundance Film Festival finally made its highly anticipated return to London. The decision was made to move the festival from its original venue at the O2 Centre in North Greenwich to the far more central location of The Picturehouse in Soho. This venue which is barely a year old has already seen huge popularity amongst film fans in and around London.

On paper this should have been a great opportunity for the festival to pick up where it left off, and build on past successes, and in fairness it has somewhat succeeded in doing so. However, despite a great selection of films, it has failed to capture the imagination and for whatever reason some screenings had many unsold tickets left on the day. 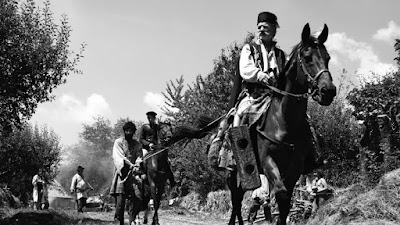 Romanian auteur Radu Jude's latest sees him partner with novelist Florin Lazarescu for a first period piece, a tale of bigotry, duty and revenge set in 19th century Wallachia, then under Ottoman rule.

Growing up under Communism when all that was taught in schools placed an exclusive emphasis on the heroic aspects of the region's history, Jude and Lazarescu set out to present a truer picture, trawling documentary evidence to find a story that might convey some of the murkier aspects of their homeland's heritage. Aferim! went on to win Jude the Silver Bear for Best Director at last year's Berlin International Film Festival. It's hard to dispute the jury's verdict, the director delivering a splendidly earthy vision of life as lived during a little-represented moment of Central Europe's turbulent past. 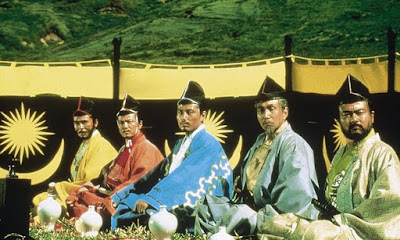 If there ever was a film that would thrive through restoration, Akira Kurosawa’s 1985 epic Ran is that, and thanks to Studio Canal we are able to experience the film in all of its elegance.
Based selectively on Shakespeare’s King Lear and rooted in Japanese folklore, Ran follows a father and his three sons as corruption and competition throw them into war with each other. This invokes a dichotomy of status and influence, especially in the state of battle, where one’s great power can be lost and taken by another at the drop of a hat.