Darkman is a film about transitions. Mild-mannered scientist Peyton Westlake (Liam Neeson, showing early promise of the unlikely action hero he would later become) is trying to develop a synthetic skin to help burn victims, but has not quite achieved the breakthrough that will allow the engineered dermal cells to stay coherent for more than 99 minutes. He is also living half the time with his DA girlfriend Julie Harris (Francis McDormand), who is currently considering his marriage proposal. Driven, dedicated and slightly dull, Peyton is an everyman between states, with a brilliant future just beyond his grasp. 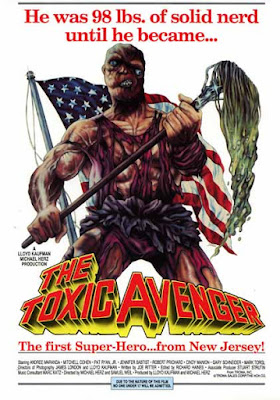 Published in 1949, George Orwell's dystopian allegory1984 imagined that by the time of the titular year, the whole world would have become a totalitarian system constantly at war with itself. In fact, what the real 1984 brought us was The Toxic Avenger, the first foray of indie production company Troma Entertainment from their usual sex comedies into, well, something else. Troma co-founder Lloyd Kaufman, here co-directing (under the name Samuel Weil), co-producing and co-writing, had intended this film to be horror (with the working title Health Club Horror), but what emerged from the creative ooze was an altogether odder hybrid of superhero tropes, lowbrow comedy, adolescent sexual fixations (aka T&A), cheesy romance and extreme gore. There is also, for good measure, some subversive satire of the political dispensation under Reagan, bringing things back full circle to Orwell. For here, beneath all the smiles and sun and buff bodies, is a vision of the US as a place of corruption, pollution, and violent criminality, with the ordinary law-abiding "little people" constantly at the mercy of a toxic American Dream. 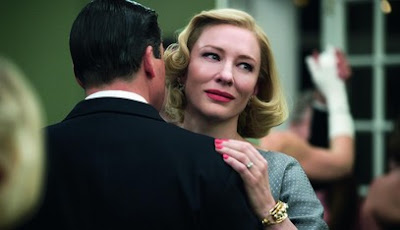 Guest contributor Katherine McLaughlin (Little White Lies, SciFiNow, The List Magazine...) went to the Cannes Film Festival for the first time this year, and she shares her experience(s) with us:

Just like the best film I saw at the festival, Miguel Gomes’ epic Arabian Nights (more on that later), my first time at Cannes film festival was strange, surprising and unlike anything I'd ever experienced before but ultimately it was invigorating and inspiring.

On getting confirmation of my Cannes accreditation I tallied up my commissions and to make it work financially I would have to find very cheap digs. I put out a call on Twitter for something affordable and some very helpful people pointed me in the right direction, though even their prices were out of my budget. Eventually I got an email out of the blue from a Canadian film critic who laid out his offer in honest terms. He had a studio apartment 20 mins walk from the Croisette but it would mean not only sharing a room with 3 other people but also a pull out double bed with a complete stranger. I threw caution to the wind and agreed to his proposal. We laughed, we talked, some of us snored… 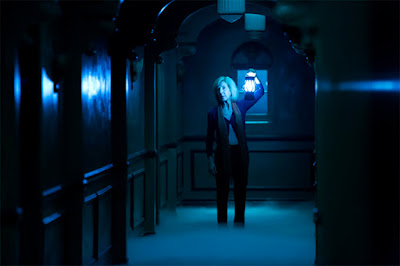 Insidious's original scriptwriter Leigh Whannell takes over directing duties for the third chapter, and you can't blame him for taking the franchise in a new direction. Shame that he drops everything that had made it so memorable so far in the process. This third film is darker, and somehow scarier, but a lot more generic too. Gone is the haunted funfair vibe, with which some seemed to have a problem with but that I loved, instead we get a possession film that is indistinguishable from the plethora we have endured over the last decade. 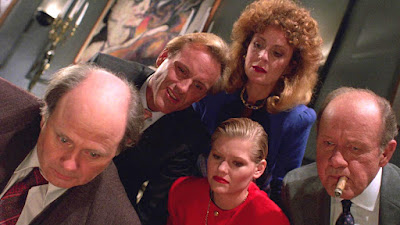 "The rich have always sucked off low-class sh*t like you." This line, coming late in Brian Yuzna's Society, effectively summarises the film's dog-eat-dog - or more precisely pedigree-eat-mongrel - theme. For here, five years after Beverly Hills Cop (1984) and three after Down and Out in Beverly Hills (1986), Yuzna was taking the temperature of the LA neighbourhood's exclusive social set and exploring its vampiric relationship to the rest of America - and the world - via the genre he knew best: horror (Yuzna had previously produced Stuart Gordon's Re-Animator, From Beyond and Dolls).