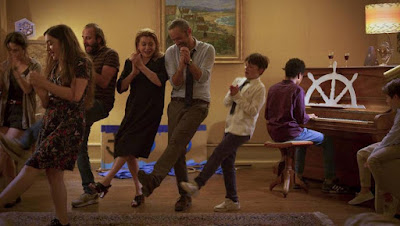 Director Cédric Kahn is best known in the UK for two notable arthouse hits of the 2000's, back when French cinema used to pull the crowds: Roberto Succo (2001) and Red Lights (2004). None of his following films made it over here but he has maintained a steady career in France over the years. At first, his latest, Happy Birthday, seems to be the epitome of that very French sub genre: the bourgeois family reunion in a the countryside, complete with the glossy, ensemble cast and the very early signs that it is all about to kick off in recriminations, secrets and lies, as a sprawling clan reunites to celebrate the birthday of matriarch Andréa (Catherine Deneuve).