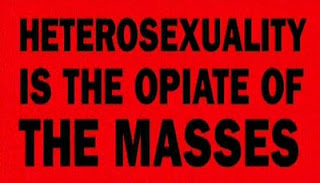 Having this film on my list might sound like a joke. Hell the film itself might seem like one big joke. But I stand by it, and at number 19, The Raspberry Reich by Bruce LaBruce. In it, we follow a revolutionary group in Berlin, very loosely based on the Baader-Meinhof gang, who has set itself the task of freeing the world from capitalism, bourgeois and sexual oppression.

Bruce LaBruce is a Canadian, experimental director who is part of the queercore movement. I had followed his career with some interest, even though none of his previous films had fully convinced me. No Skin Off My Ass (1993) was a little too radical for me, Hustler White (1996) was amusing if slight, and I let out the biggest gasp ever when I watched Skin Flick (1999) and realised that one scene had been shot in my former apartment block in the Docklands in London. 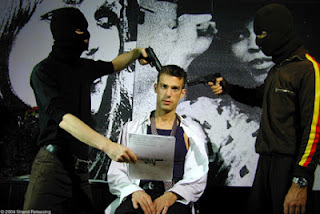 But then came The Raspberry Reich, his best work so far. I have not actually seen the full hardcore version of it (which has a different title, The Revolution Is My Boy-Friend, to avoid confusion) as in Britain only the censored version was released. Yet this must be the only time when censorship actually improved the film. Facing the prospect of having too cut far too many graphic scenes for a cinema release, the director resorted to instead hide the offending body parts in action under some inserted pictures of George W Bush and Tony Blair (or Bliar as he is presented in here, let's not forget this was shot during the war on Iraq), a hilarious visual touch adding to the jokey political message.

As I was saying earlier, the film might sound like a joke, with its zero budget and its atrocious acting by a bunch of real life German gay porn-stars, speaking in a heavily accented English, but all of this adds to its punk atmosphere. This is purposefully as cheaply made and amateurish as a badly photocopied pamphlet.

You are clearly not meant to take any of the politics in this seriously, and those bumbling revolutionary types reminded me of the hapless anarchists at my university (except that they were far less sexy). Generally the film pokes fun at the revolutionary chic movement which is so readily embraced by students among others, but this is not to say the director does not show them any sympathy, far from it, in fact, you do get the impression that he supports their radical politics. And he displays a real visual inventiveness by adapting for the screen the design of countless revolutionary tracts and pamphlets. 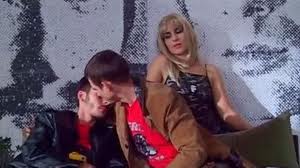 One of the highlights of the film is the only "real" actress in this, Susanne Sache, who completely inhabit her character as a revolutionary extremist. And you only have to see her in another Bruce LaBruce film, Otto (2006), as a silent cinema actress trapped in a talking film (a recurring and brilliant visual joke) to appreciate her vast comedic talent even more.

It has to be said that the release of this film in 2004 coincided with a time when the gay scene was more ready to embrace a more alternative, indie side, which I was noticed in several cities I visited at the time, such as New-York, and especially Berlin, and the film is even more welcome as a testament to this growing trend as a result.

This is a riotous piece of alternative filmmaking with the added bonus of a fantastic soundtrack, and having seen it countless times, I truly feel it deserves its spot on my list.

As you know, I am doing this top 20 challenge alongside Martyn Conterio from Cinemart, and we have not revealed our list to each other. Yesterday my 20th film was Night of the Comet while his was by Murnau's City Girl (1930). I am already beginning to feel inadequate, a feeling which is not helped by my choice today. But we have promised ourselves we would follow our passion for film only, and my list will reflect that, so I cannot wait to see what his number 19 will be. In the meantime, you can read his post on City Girl here.