My Review Of Maniac... Is In Another Site 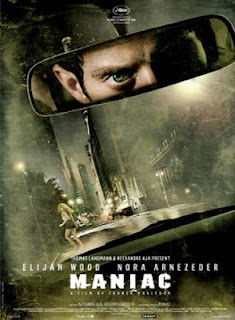 First of all, apologies for the lack of post last week! It is an understatement to say that we came back from Cannes extatic but exhausted and not just a bit burned out! It is all very well to experience the madness of the festival when it is your full time job to review films but when it is supposed to be your holiday... But stay tuned, this week we will have the review of French comedy The Fairy, A Thousand Kisses Deep, and a list of my ten favourite films of all times. Well actually it is more going to be fourteen as I just cannot do ten. In the meantime, if you have followed my Cannes diaries, you will know that one of the highlights of the festival was being at the Maniac premiere. I had promised to write a review of it for my friends at Cinemart so I will not republish it here, just a link to it.


But I just wanted to briefly write about the unusual experience it was to write the review of a film that hardly anybody had seen. Indeed, it seemed a mere months ago that the project and its casting was announced, and the film was a very last minute addition to the Cannes line-up. I am not sure if films presented in the midnight screenings slot in Cannes get a separate press screening but I just have not read any other reviews anywhere else before or since the screening. It was both liberating and a little daunting. My review is very positive but what if others did not like it? It is almost as if I am going to take personally any negative review that I will read.

The acid test in particular will be the comparison with the original Maniac by William Lustig from other reviewers, as it is almost an easy target to criticise the new version of a horror classic, even a minor one. I had not seen it so decided to watch it before I wrote my review, and to my surprise, as interesting a film as it was, I still stand by what I am saying in my review, i.e. the new version is actually an improvement. Lastly, I must say what a difference the conditions in which you see a film might affect your judgement. It is possible than the excitement of seeing it at the world gala premiere in Cannes with the cast and crew, and with a packed, adoring audience, in the biggest cinema in the world, having had a few drinks before might have made me enjoy it more than say, had I watched on DVD at home. Nevertheless, it has been over two weeks now since I have seen it and my good impression has not evaporated so a good sign.

But to the review, here is the link. If you do not follow Cinemart yet, you should. A great site, lead by the brilliant Martyn Conterio and his team, which I have all met in person, and who all share the same eclectic and passionate vision of cinema as I do.
at 22:32