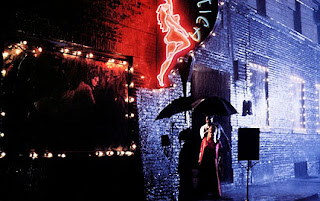 This gets to show how fickle these lists are as I nearly forgot about Exotica by Atom Egoyan even though it has definitely been one of my most beloved films ever since I first saw it nearly 20 years ago. So goodbye Hungary as originally planned for this spot and hello Canada at #16. I am actually going to publish a reserve list at the end with all the ones which nearly made it to my top 20 but not quite as I just cannot let them go.

Exotica is the name of a stripper club in Toronto, around which a whole network of of seemingly random characters gravitates. Strippers, the club owner, punters but also the owner of an exotic pet shop... all with a lot more connections than it first appears.

Canadian director Atom Egoyan is one I have always found worth following even though very few of his films are fully accomplished. I was slightly baffled by some of his early work, The Adjuster, but then I was very young when I saw it. And while Exotica completely blew me away when I first saw it, none of his following films has ever really risen to that same level. 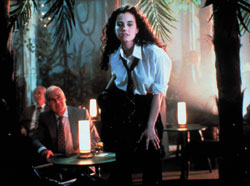 So Exotica is his career best so far, a sensory experience like no other, with everything from the fragmented narrative to the trippy Arabian soundtrack aiming to disorientate the viewer. 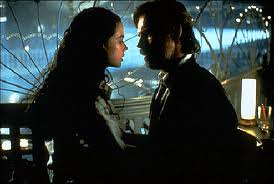 As an intricate web of interconnected stories are woven together, the film demands your attention, shifting from character to character and sometimes going back and forth in time without much narrative context, using an almost hypnotic and repetitive rhythm. While the whole thing might sound a little muddled at first, as clues as to what is going on are sparsely dispensed, this is actually not so much an enigma of a film like Muholland Drive, more of a straightforward drama told in a very unusual way, with powerful themes of regrets, desire and letting the past go emerging. Every piece of the puzzle fits perfectly in the end, and the director knows exactly what he is doing, playing with our expectations and dropping several red herrings along the way.

One of Exotica's strength is that the film itself never feels sleazy, despite what the theme might lead you to believe. In fact, the club depicted here is not exactly realistic anyway, not that I would know much about stripper clubs. (Trust me on this, I really do not). 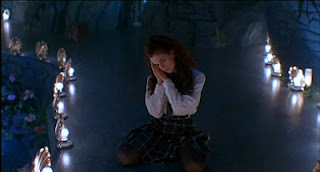 There have always been accusations of Atom Egoyan's cinema being cold and I have to agree with it to some extent. But Exotica is the rare occasion where he rises above it, and despite dealing with multiples characters, manages to make its story emotionally compelling.

This is a dream like experience that will grip you from the start and never let you go (or not as the uni friends I saw it with at the time walked away after ten minutes).

And as the icing on the cake, there is a brilliant cast which includes Sarah Polley, Elias Koteas and the fantastic Mia Kirshner (Black Dahlia, the L Word, and she also played the indestructible terrorist from 24), as well as Atom Egoyan's wife, Arsinée Khanjian, who shines as Exotica's club owner. On top of all of her husband's films, I have seen her in many French films recently and this is an actress who has the ability of making everything she appears in about 10% better. Her unusual diction and her unique beauty work particularly well for her character. 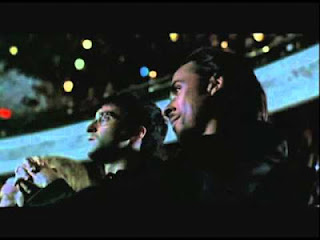 At number 17 on Friday, Martyn Conterio at Cinemart picked spaghetti western Django (1966), and yet again I contemplate the abyss of my lack of film culture, since I have not seen it and barely heard of it, despite it being a classic. You can read his post here. If you have just caught up with us half-way through, you can read more about our top 20 film challenge task here.

And before you go, while the trailer for Exotica was a little too explicit to put on here, I have found a fan made montage that uses the unforgettable Leonard Cohen's song Everybody Knows featuring so prominently in the film: