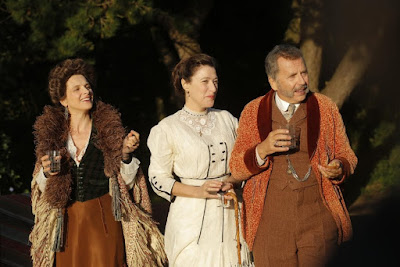 French director Bruno Dumont is having the most unusual turn of career. Originally known for extremely serious, austere films, which, for some audiences, were filled with arthouse stereotypes (glacial pace, glances that speak volumes, heavy subjects etc...), he surprised everybody by making a mini-series about a killer on the loose in a rural community, that was among the funniest films of the recent years, showing us a comedic talent we would never have expected from him, all while sticking to his theme and personal style. He is back in Cannes this year with yet another comedy, Ma Loute.

In Ma Loute, set a few years before WW1, the Van Peteghem, a very bourgeois family, travel to their beach house for their usual summer holidays. Tourists begin to disappear in mysterious circumstances however, with two local cops being sent to investigate.


Lil' Quinquin had elements of slapstick but also a fair bit of violence, social unrest, and became increasingly dramatic throughout its running time. By contract, Ma Loute is all out comedy, with a subtler but very real social undercurrent. Bruno Dumont most obviously asked his starry cast to go all out with their performances and they chew the scenery like there is no tomorrow, indeed the audience needs a few minutes to get used to the madcap tone! Valera Bruni-Tedeschi probably has the least flashy part but it is Fabrice Luchini and Juliette Binoche who really try to outdo themselves in the madness and bombast! It is particularly pleasing to see the former finally plays something different from the usual character he has played from the last thirty years, using posture and stylised facial expressions to great effect. As for the latter, her part is the complete flip side of her previous one with Bruno Dumont, Camille Claudel, all in sadness and depression. Here she is the craziest of them all, an unhinged, liberating performance that is among her best. 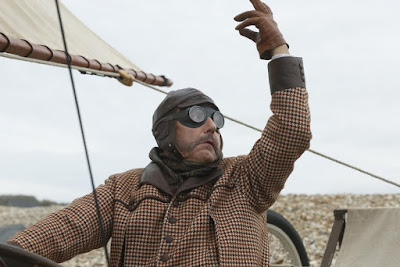 Just as Lil' Quinquin, there are two very amusing police officers, although, despite looking very much like Tintin characters (like most of the cast), it has to be said they do not reach the comedic heights of their counterparts in Dumont's previous films. Interestingly, the secondary parts, some played by non-professionals, as is often the case in Dumont's cinema, are a lot quieter and less over the top, as a sort of more reasoned and measured background to the upper class's madness (not that they do not have a darker zone and secrets themselves!).

Bruno Dumont can never leave a social commentary aside in his cinema, even in such an outrageous and over the top film, but it does feel a little more obvious than his previous films, and certainly less subtle than his Lil' Quinquin, when the laughters quickly gave way to a chilling realisation of the evil and violence among us. Yes the rich here live in their own, mad world, while the working class have to do what it takes to survive, but it does not feel like such a particularly original statement. There is also a romance between two young people of opposite social status, with an unexpected modern element but it does not particularly stand out.

While it does not reach the heights of Lil' Quinquin in many ways, Ma Loute still remains one of the most unexpected treats from the French cinema this year (although I do wonder how foreign audiences might react to its humour, the audience in the press screening this morning seemed a bit split). As for Dumont, who knows where his career will take him next, there are already rumours of a musical about Joan of Arc!.