Cannes 2016: It's Only The End of the World by Xavier Dolan 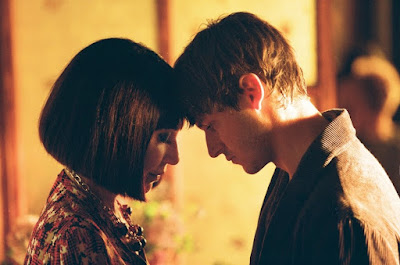 It's hard to think of a more precocious talent recently than Xaxier Dolan. Only 27 and the Canadian director has just made his 7th film, all of them bar one who made to various selections of the Cannes Film Festival. Many felt that Mommy, his first foray in competition in 2014 deserved the Palme d'Or (he shared a jury prize with Jean-Luc Godard instead). Now the prodigal son is back in competition with It's Only The End of the World.


His latest marks something of a departure, being the first time he directs a prestigious, famous cast filled with France's acting royalty. It's Only The End of the World is adapted from a Canadian play by Jean-Luc Lagarce 90s, and in it, Louis (Gaspard Ulliel), a terminally ill writer, returns to his family after a 12 years absence to announce his looming death. Old grudges come back in the forefront and tensions simmer however, making the reunion all the more fraught.

The harder the fall... Xavier Dolan, while somewhat of an acquired taste, has always enjoyed a mostly positive critical reception, however his new films was met with uncharitable laughters and booing at its press screening. One has to wonder how such a talented director can deliver such a misguided and poorly conceived film, with very few redeeming features.

You do have to applaud his ambition at least. If the subject and origin of the story made you dread a flat, staged film, it is nothing of the sort, on the contrary, with the director taking an almost experimental approach: most of it is filmed in close-ups, with the cast barely ever finding itself together in the frame, and with a rather baffling colour palette (all in brown with an odd blurred, "glassy" effect), making it look incredibly ugly, far from the harsh yet winning visual fireworks of Mummy and Laurence Anyways.

We are given very few clues of the history and past arguments of the family, Xavier Dolan being more interested in an impressionist storytelling, in which tensed glances followed by many emotional explosions tell us all we are supposed to know, an interesting narrative choice that sadly does not pay off. The issue with this is that the audience finds very little connection with the characters, and reasons to care. 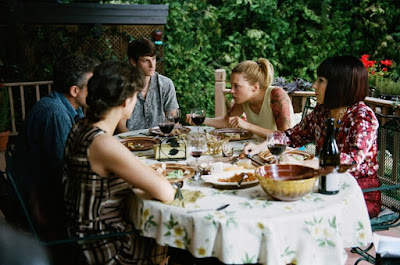 Gaspard Ulliel seems stuck in a permanent near grin and stare, like an arthouse Joker, lacking of any presence. No such problems with Léa Seydoux and Vincent Cassel, who seem determined to outdo each other with histrionics and nervous breakdowns, the pair giving their worst performance despite their usual considerable talent. Nathalie Baye as the Almodovar-esque matriarch is a bit one-note but at least rather amusing, even if she often gives the impression of wondering what she is supposed to do. Only Marion Cotillard manages to elicit some emotions, with a beautiful scene near the end in which a furtive glance expresses so much, giving us a hint of what the director tried (and failed) to do with the rest of the film. One has to wonder if Xavier Dolan was overwhelmed by his starry cast and unable to elicit the kind of winning performances we are accustomed to in his cinema.

It's Only The End of the World is a write-off, and a rare misstep in such a glorious career so far. At least Xavier Dolan tried something different, even if the film is a major failure.