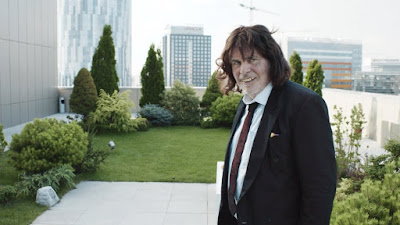 The official selection in Cannes is often blamed for relying on established talents, and not giving newcomers a chance. It is a rather unfair criticism, as Thierry Frémaux has explained that the intense scrutiny of the selection can break a film, a career even, which is why Un Certain Regard or other sidebars selections are often more suited. As such, Toni Erdmann was a surprise addition to the competition this year, the third film of a rather unknown German director (none of her films have been released in the UK although she has attracted a certain following in some circles).

In Toni Erdmann, Winfried (Peter Simonischek), tries to reconnect with her estranged daughter, Ines (Sandra Hüller) by following her on a business trip to Romania. Winfried is a joker who has seemingly never grown up, while is daughter is trying to climb to corporate ladder, and see his arrival and his pranks as an unwelcome distraction at best.


Toni Erdmann has quite simply become the biggest and best surprise of the selection so far, and quite unlike anything I have ever seen. The premise, in the wrong hands, could have turned horribly wrong,  and heaven forbid Hollywood ever tries to remake this. The German director has a real knack to brush the father and daughter relationship without hammering it down. Small frustrations from the daughter side, a distant but obviously loving presence from the father... a lot of untold stories about their past and their issues are evoked but left to the audience to figure out, as we see their distance slowly but surely thaw.

Interestingly, the film also has a lot to say about globalisation, the loss of traditions and cultures versus a world where countries are becoming more and more alike, and the effects this has on nations, in a way that is a lot subtler and smarter than what I, Daniel Blake does. Maren Ade also elicits a remarkably accurate and realist portrayal of the European corporate world. 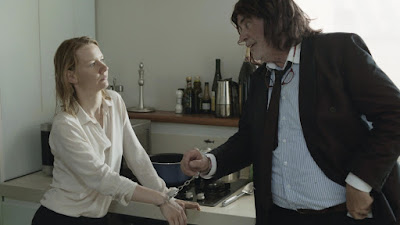 The film is above all a comedy above all, and if Germany is not exactly well known for its comedies, this is going to put it firmly on the map. Opening with a brilliantly deadpan scene in which Winfried pranks a postman, Maren Ade builds a crescendo of laughs, slowly at first, but ending up with several of the funniest scenes I have ever scene, which is all the more impressive because of the natural and almost organic way the comedy is brought up. I watched Toni Erdmann at its gala screening and I do not recall the Lumière screening room erupting in such spontaneous and enthusiastic laughters, with a dinner scene near the end being a fantastically surreal and funny moment.

As brilliant as the script and the direction are, the two leads also make the film. Peter Simonischek has an impeccable comedic timing, never needing to overdo it, and evoking so much behind the funnyman facade, making him the first serious contender for best actor. As for Sandra Hüller, Maren Ade wrote her a fully fleshed female part like they rarely come, and she makes the most of it, never fishing for sympathy, a strong, independent woman with conflicting feelings about her father, and whose tough, corporate facade briefly explode in a scene that had the audience roaring with laughter before an heartfelt applause. She should also be seen as a contender for an acting prize.

Coming out of nowhere and winning the Croisette over, Toni Erdmann is bound to win a prize next week, and would even make a handsome Palme, that would crown an original yet masterful film that will surprise audiences the world over.