Cannes 2016: The Transfiguration by Michael O'Shea 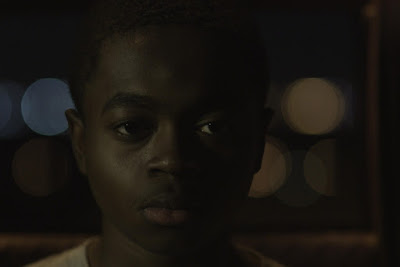 Genre cinema is everywhere in Cannes this year, with zombies, demons yet to come, and vampires in The Transfiguration, the first feature length film by director Michael O'Shea. Finding new ideas to inject in the vampire mythology is nearly impossible, so having the film set in a tough urban environment (ok, the ghetto) is quite original, indeed vampire films have rarely features POC characters (please don't mention weird mismash A Vampire in Brooklyn with Eddie Murphy. There have actually been a few case of interesting new takes on vampires in the world of indie cinema, best of all being Abel Ferrara's The Addiction, with his blend of philosophy artfully shot in black and white, Claire Denis's Trouble Every Day, as well as more recently Let The Right One In.


In The Transfiguration, Milo (Eric Ruffin) is a young black male raised in a broken family who is obsessed with and collect vampire films (bizarrely on VHS tapes, despite the film's contemporary setting) but not all of them! Near Dark and indeed Let The Right One In find his favours, but no the Twilight series (I am not sure if this is a dig at the films or merely a representation of boys' usual feelings against them!). Himself seems to be afflicted by a lust for blood, although the film cultivates the ambiguity as to whether he truly is a vampire. A chance encounter with an older girl, Sophie (Chloe Levine) leads him to more soul searching and complex feelings, as we are never really sure whether he is merely lusting after her or her blood!

The Transfiguration surely is ambitious, positioning itself as a coming of age/straight horror. Its main problem, as if often the case with first films, is that the directors tries to inject too many elements at once, making it all a bit of a mishmash. The electronic, John Carpenter-esque score evokes genre cinema even though the director seems to want to elevate his film above it, making it all a bit jarring. There is gore, but it does not seem to serve much purpose, it never is as over the top or chilling as some of best horror films, while feeling a little bit out of place in the seriousness and realism the film adopts otherwise. Milo is an ambiguous character to the point of opacity, which you cannot really blame on actor Eric Ruffin as the script and direction give him little opportunity to bring depth to his part. 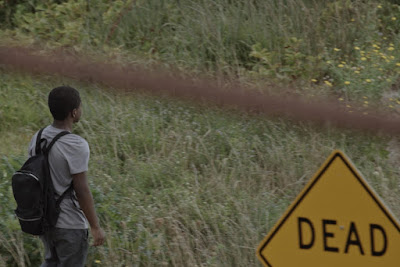 Michael O'Shea tries to create a moody atmosphere but it feels mostly flat, with precious little tension. The script suffers from a certain clumsiness also, with Sophie being a particularly badly written character and never really believable. You feel the director wants to say a lot in his film yet as an audience we are never really sure what he actually is trying to say, among the apparent nihilism. It does not make the film mysterious but rather frustrating. It is all a bit ironic that as far as films about teenage vampires go, the Twilight series (at least the first one) is a lot more interesting than The Transfiguration, for all its claims of being an example of elevated genre cinema.