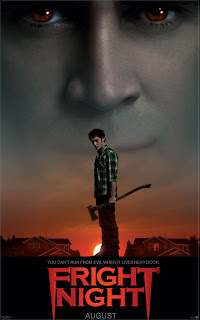 As I have been following the Fright Night remake ever since it was announced, I have been reminded how the road from project to screen is a long and arduous one, full of highs and lows. Gone are the days where you could just discover a film as it was about to be released, free from much media interference, bar one or two reviews read in a magazine, and maybe the odd trailer. With IMDB and hundreds of film sites, every single new casting announcement is magnified (see The Hunger Games casting which seems to make out half of all film related tweets), every carefully released still is analysed, every trailer dissected...


A film can crash and burn long before its release, something major studios are painfully aware of. Does anybody actually remember how the first trailer of Avatar was met with much ridicule, some bloggers calling it Ferngully 2, giving much sleepless nights to Fox executive, before it went on to become the biggest film of all time. And see how Warner made the unprecedented move of apologising for the first Green Lantern trailer released earlier this year, when the unfinished looking, all-CGI green suit did not go down well with fans. 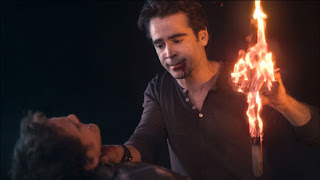 And on to the new Fright Night remake, out in August. I have already discussed how excited I was by the first stills, and how disappointed I had been with the first trailer. A new trailer was released especially for the MTV movie awards last week however, and I have to say, it is making me change my opinion of the film completely.

The jury is still out as to whether this horror classic needed a remake. And while I was intrigued by the quality cast, the first trailer was rather dull and lacked what made the first one so memorable: the delicate balance of gore and humour. 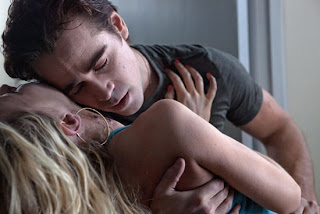 This new one however seems to be correcting all that was wrong in the first place, as much as you can judge a film by its trailer. It seems pacier and more atmospheric, Colin Farrell is more convincing, and we finally get to see a glimpse of David Tennant as Peter Vincent, in the biggest departure from the original, here a Las Vegas magician It is only a fleeting glimpse however so difficult to make any judgement on it, apart from the fact that he actually looks distressingly like a vampire himself in it. And I still think than Anton Yelchin is wrong for the lead part

I wonder if there was an issue with the picture quality with the first trailer as the cinematography seemed all wrong, yet in this newer trailer it is markedly improved. Hell for all I know all the best bits have been stitched up together with a suitably moody song (the excellent "My turn to evil" by Letters vs Numbers), which might not even be in the actual film (a sad but frequent practice). But my interest has certainly been raised yet again thanks to this trailer, this and the excellent news that the film has been given an R rating, avoiding the toothless PG13 treatment.

Now for the first round up of reviews in Rotten Tomatoes...
at 23:01