Michel Gondry only directed about 5 seconds of The Green Hornet 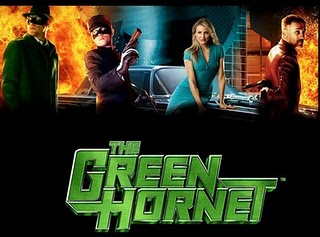 And as the film is about to be released on dvd, the good news is, I have a clip featuring those five seconds!

There is a very annoying trend among Hollywood studios. While in the past, they would mostly employ competent hacks to direct standard action films and comedies, the rise of independent cinema and the ever increasing blur between arthouse and blockbusters mean that studios have been forced to take more risks. So that means employing less mainstream directors such as Guillermo Del Toro or Jean-Pierre Jeunet on the strength of their previous works , only to then force them to get rid of all the quirks and style that made their first films so original in the first place, leaving them with a bitter after taste and with some end-products that suffers so much studio interference that they end up pleasing no one. While the case of The green hornet was not quite as extreme, it still remains a typical case study.

And the French director of such wonderful films as Eternal Sunshine of the Spotless Mind, and the uneven but endearing Be Kind, Rewind! has been very candid about his work on the recent 3D adaptation. Basically a vanity project for his star Seth Rogen, who wanted to leave behind his image as a loveable slob and graduate as a proper leading man, the film had suffered years and years of development hell before ending on the Canadian star's newly toned lap.

And it became quickly obvious on set who the boss was. While it is not unusual for a producing star to take control on a shoot (ask any directors who has worked with Tom Cruise), Michel Gondry did not realise how much control Seth Rogen was wanting to take, which extended to even directing the cast. 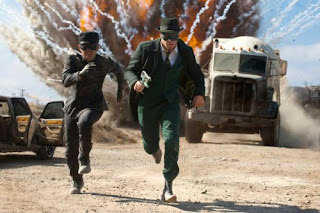 But fortunately, the director managed to slip in one scene that was unmistakble his (possibly while his lead star was too busy looking at himself in the mirror). Before directing film, he was the vastly successful director of quirky music videos for Bjork, Massive Attack, Daft Punk... And among those, this well loved video for The Chemical Brothers, Let Forever Be. Among his usual visual trickeries, the one part that stand out is the dancer herself or even parts of the set multiplying themselves while the background seems to zoom out.

And now look at that one fight scene, what do you notice at 0:25 when Kato runs over the car: it multiplies itself while the background zooms out! For five fleeting seconds, the facetious director is allowed to be himself once again!

That is not to say this is such a bad film, with Michel Gondry showing an unexpected flair for action scenes, especially a particularly enjoyable climax. And popstar Jay Chou shines as sidekick Kato, even though his lack of English meant his acted out his lines phonetically without understanding them (which might not have been such a bad thing). But it is such a shame that the director was not allowed to make use of his imagination and skills, which was why he had been hired in the first place.
at 21:35