Some news, any news concerning David Lynch are good news in my book. Obviously I would rather be reporting on a new film project. But as long as it has nothing to do with his bizarre obsession with mass yogic flight then it is a step in the right direction. And in some of the most intriguing news I have reported in a long time, it has been announced that David Lynch is opening a Club Silencio in Paris, based on the iconic and dream-like venue of the same name in his film Mulholland Drive, which is the scene of a pivotal point in the story. 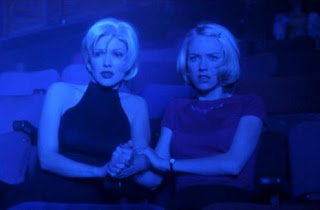 The club, in a departure from the old fashioned theatre style of the film, will include a concert hall, a restaurant, a library and a cinema. I will be on the Eurostar on the day this opens, which will be in September this year. This should be the equivalent for any avid Lynch fan like myself of a visit to Santa's grotto so watch this space.

It does make sense that he will be opening this in Paris rather than Los Angeles. While the American audience at large has shunned his work for the last twenty years, French producers have consistently supported him, co-financing his films and even stepping up to actually save Mulholland Drive. The film started life as a tv serie commissioned by ABC which promptly dropped it after seeing the rushes. Fortunately the French producing arm of the channel Canal Plus took over and saved the day, allowing David Lynch to turn the unfinished pilot into a feature length film, one of his most popular work. 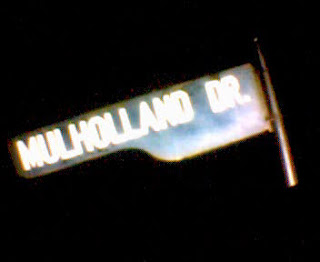 And before this opens, I can only dream (appropriately) of what the LynchLand venue will be like. Log ladies for cocktail waitresses? Dwarves moving/talking backwards in the cloackroom? Bob (from Twin Peaks) doing the security? Cocktails with names such as Blue Velvet? Lot of smoke, velvet curtains and blue stroboscopes for sure. Dress code: chic and mysterious, multiple personalities disorders welcome. And the Inland Empire director has declared how he enjoys the way architecture and design create mood, so expect a strong emphasis on this. 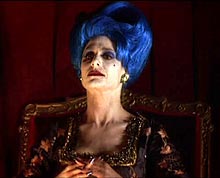 And why leave movie franchising to Disney and Marvel indeed? Arthouse can do it just as well! How about a Bela Tarr inspired funeral parlour? A David Cronenberg clinic for infectious skin desease? A Wong Kar Wai neon emporium? A John Waters trailer park? And will Atom Egoyan follow suit and open a strip joint called Exotica? The possibilities are endless!

If you have never seen Muholland Drive, before you visit the place, you might want to watch this clip and see what you are letting yourself into...