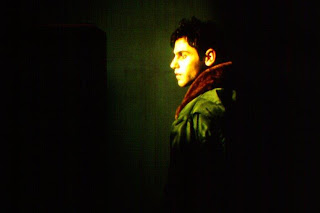 The joy of film festivals is discovering films before they have been through the media maelstrom. This is especially true at the Cannes Film Festival where screenings are free (good luck getting an "invitation" as they are called however, the festival being closed to the public). This encourages you to take a chance on just about anything, and let your curiosity guides you. And this is how I discovered a film that has been haunting me ever since, the beautiful and melancholic Corazon iluminado by Hector Babenco.


This was the last film I ever saw in Cannes on my last visit in 1998 as I had just returned one last time while already living in London. Or I should say the last full film as I walked out of the following screening, Eternity and a day, which went on to win the Palme d'Or that year, for some bizarre reason. 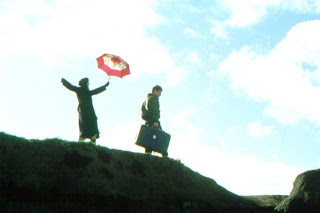 I only have broad memories of the storyline. All I do know is that the film was about two young lovers, one of them a rather mysterious, mystical woman (pictures of her came out with an unearthly glow around her!) The pace was slow, the dialogue scarce, the cinematography, gorgeous. There were a lot of lingering shots of them by the ocean nimbed in the cold blue hue of dusk, many tender scenes that never felt sappy or sentimental.

The man never quite cracked the enigma of this woman who allegedly died after a suicide pact soon after. Yet twenty years later, as he returns to Buenos Aires to tend to his dying father, he picks up the trail of his lost love and meets another mysterious woman along the way, leading him to a dramatic conclusion. 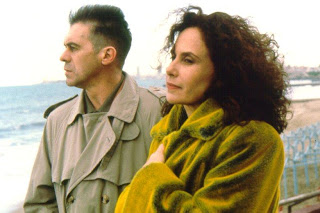 The film was about melancholy, regrets, young love that always seems eternal... And memories of it have stayed with me all these years. If anybody knows of anyway I could ever get hold of this in the U.K. then please let me know. And let is be a lesson for all of us to keep alert and curious, cinema is always so full of surprises!
at 23:35