A Dangerous Method trailer, or the piftalls of the Europudding

David Cronenberg's new film, A Dangerous Method, was rumoured to be screened at Cannes originally, only to be pushed forward for the double whammy of a Toronto/Venice presentation in autumn, which is traditionally seen as a starting point for an Oscar campaign. And a first trailer has now been released. This new film is a period drama, and is described as a look at how the intense relationship between Carl Jung (Michael Fassbender) and Sigmund Freud (Viggo Mortensen) gave birth to psychoanalysis. It certainly has the seal of seriousness of an Oscar bait. But since when has David Cronenberg become so serious? And what with the dodgy accents?

I still consider the early work of the Canadian director to be his best. Scanners (1981) and Videodrome (1983) are his two masterpieces, and all these years later, they have lost none of their raw and chilling appeal. I have been less impressed by his work in the 90's, and over the last decade, he seems to have been in pursuit of a more mainstream appeal, and more respectability, running the risk of losing what made him so original in the first place.


Of course, he could not have carried on doing the same kind of films over and over again, or be accused of repeating himself. But, to quote a director he was often compared at the start of his career, David Lynch has managed to carve up a fascinating career while becoming more radical with each new film.

I did enjoy A History of Violence and Eastern Promised a lot, even if they were not a patch on his visceral earlier work. But this new film is filling me with dread (and the wrong kind), if the trailer is anything to go by. In fact, as much as I cannot judge a film by its trailer, it runs the risk of turning into one of those "europuddings" from the early 90's. 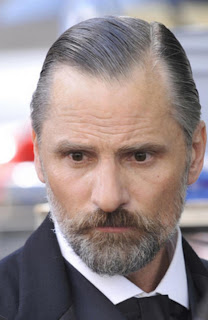 Europuddings were co-productions of various European film companies working together, filmed in English but with actors of various European nationalities, saying their lines with their approximative accents. They usually tackled "serious" subjects, historical also but not always, in the hope that the seriousness of it would mask their cinematic failings, and ended up being a hell of a mess.

In here, we have a smorgasbord of dodgy accents, with a special mention for Kiera Knightley sounding a bit like a cross between a Mayan high priestess and Borat. As far as I am concerned, there are only two ways to "do" the accents in period dramas. Either you ignore them completely, like Stephen Frears did in Dangerous Liaisons (1988). (And can you imagine Glenn Close and John Malkovich with funny 'allo 'allo French accents?). Or you hire actors from the same nationalitiy as their character, such as Quentin Tarantino with Inglorious Basterds (2009).


Speaking of Glenn Close, one of the most vivid memory I have of Europuddings was seeing Meeting Venus (1991) by Istvan Szabo, with her and Niels Arestrup, about the feudings within an opera house. It was responsible for the most uncontrollable laughing fit I have ever had in a cinema, which spread to my friends: after a tediously dull first hour, an avant-garde stage director unveiled his creation: a bare, stylised set representing a street, with a giant red neon phallus at the centre. The laughter lasted well until after the end credits, under the dark looks of the rest of the audience.

But I digress, and I seriously doubt A Dangerous Method will feature a red giant neon phallus (sadly). It just looks incredibly dull and self important. David Cronenberg used to be fun. He appeared in the opening scene of Jaxon X ten years ago, just for a few minutes before being harpooned by Jason Voorhees. But now he wants to get all serious. So let him have his Oscar, and I hope his new project, the adaptation of Cosmopolis will bring back some of his earlier bite.