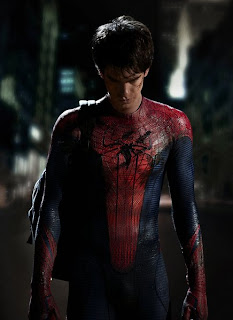 If you think this summer was the summer of superheroes, you are wrong. This was a mere appetizer, a collection of lesser known, B-list celebrities (in films anyway!) such as Thor, Green Lantern and Captain America, grabbing some of the limelight while they can... because next year is going to be the real thing. Summer 2012 is going to be the coliseum of superheroes, with juggernauts The Avengers, The Amazing Spider-Man and The Dark Knight Rises all coming out within three months of each other.

While we are still a year away, we are already getting some teasers as it has now become the custom. Hell there is even talks of a teaser for Neil Blonkamp follow up, Elyseum, out soon, and that is not out until 2013! A teaser for The Dark Knight Rises is out but it is showing so little that it is not worth discussing yet. A meatier The Amazing Spider-Man teaser just got released however. 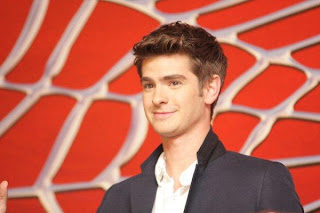 I am sure the reaction of the general audience to this teaser will be one of surprise. A Spider-Man reboot, so soon? While there was a Hulk reboot within five years of the previous one, we are now talking about one of the most successful superhero franchise of all times. And there is still a big question mark as to whether we are ready to accept a new face for Spider-man. Indeed in the scene where new Spider-Man Andrew Garfield wakes up the morning after the bite, I was half expecting the same shot as in the original franchise, and for him to look in the mirror and show off his newly buffed physique.

Andrew Garfield has made his name with two recent films, Never Let Me Go and especially The Social Network, and is undoubtfully a great actor. What I cannot understand however is that this version is said to be more focused towards the high school years, so he is a surprising choice. He might have a youthful look but he is soon pushing 30, so will be about 35 when The Amazing Spider-Man 3 comes out. 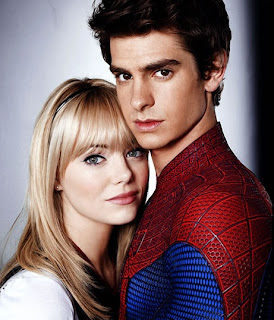 Plus several superhero films of the last decade have suffered from the exposition curse that have plagued a lot of first entry in every franchise, having so much ground to cover. So must we go through the whole exposition of him being bit by a radioactive spider, discover his powers, his responsabilities...?

We also catch a glimpse of the villain, played by Welsh, tabloid fodder Rhys Ifans, who might seem like an odd choice. For most, the only scary thing about the actor so far had been the vision of him in his y-fronts in Notting Hill. Yet the underestimated Enduring love showed there was a subtle actor in him aching to show his dark side. Or should it be his green side since he is playing Dr Connors who eventually turns into villain The Lizard. (Poor Dylan Baker, he has been patiently playing the same part in the previous franchise, hoping for his big turn and transformation as a villain that never happened!)

While I was not won over by director Marc Webb's previous effort, (500) days of summer, this teaser is intriguing. It has a rather darker, moody and indie vibe to it, which is slightly reminiscent of Batman Begins, while also trying to go for the teenage angsty audience of Twilight. In the second half however it turns into a sort of Mirror's Edge spin off (a sort of parkour/free running video games played mainly over the roofs of high buildings), which goes on for a bit too long, as impressive as it is.