The first trailer for Steven Soderbergh's new film, Contagion, has just been released. And it is terrifying! Featuring an all star ensemble cast (Kate Winslet, Marion Cotillard, Jude Law, Matt Damon...), the film centres on a deadly virus outbreak as it is rapidly spreading around the world and the increasingly desperate efforts by world authorities to curb it. You might laugh, reminiscing the laughably awful Outbreak (1996), with Dustin Hoffman, Patrick Dempsey and a monkey, which was dealing with a similar theme. But remember last year's swine flu. Now imagine a much more virulent strain. That spreads through touch. And kills in four days. Who is laughing now?


With the recent flu scare, and the SARS before it, it seems an entirely topical subject to tackle. And the great strength of this film is to have gone for a realistic and serious tone. Forget about any cheesy virus outbreak tv films that plague late night cable TV schedules (I vaguely remember one where Faye Dunway played the American president, now that's a scary though!), this is the real deal! The director has explained that he wanted to deal with this new project in a similar fashion as his drug movies, Traffic (2000), with a sprawling story and several major lead characters. 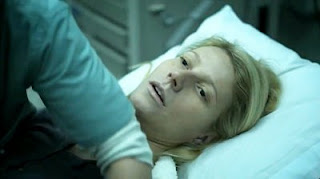 There is something visceral about this trailer, and it could almost work as a standalone short movie. It plays particularly well with the paranoia inherent to such a subject, the panic... and how our modern, globalised society would be totally powerless to stop such an infection spreading quickly. There is the underlying fear while watching this, that with new virus strains appearing and mutating, a similar situation COULD happen. Bizarrely, the film has been shot in 3D, despite not being an all out action film. I suspect the 3D will be used in a more immersive way. And I  can guarantee it will feature at least one scene of somebody sneezing, with microscopic infected 3D droplets coming out at the audience, who will laugh nervously.

In what appears to be a cunning marketing move, the trailer's USP seems to be the demise of Gwyneth Paltrow, here appearing as Patient Zero. Rejoice, red meat fans, beers guzzlers, non-organic food eaters, haters of all that is beige and macrobiotic! Vegetarianism and yoga did not help her! 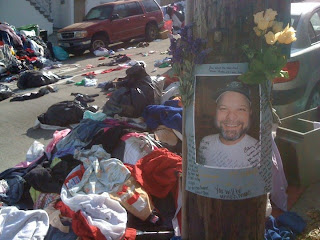 I absolutely cannot wait for this. If this new trailer is anything to go by, Steven Soderbergh seems to have nailed its subject. I was actually surprised by the apocalyptic tone of the trailer's last scenes as I did not realise the film would go that far, given its more realistic approach (I'm loving the scenes of a deserted airport), and I am not sure if it has shown too much already (with the death of a major character, bold move). But, as somebody who carries an antimicrobial gel at all time, I love anything that fuels my paranoia! The film is out on the 9th of September in the US and in October in most other countries.

Now all we need is a new swine flu epidemic outbreak in autumn and the film will sell itself! In any case, no matter what you do, do not plan on watching this with  bad cold, coughing and sneezing...