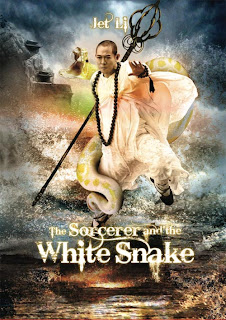 Despite its justified title as the top film festival in the world, Cannes has found itself in an awkward position in the film calendar for well over a decade, especially with American films. With a few exceptions, like this year palme d'or winner The Tree of Life, it is just too early in the year for awards hopefuls to risk being presented there and be long forgotten when the awards season begins in earnest. No such problem with the Venice and Toronto film festivals however, with a similar and prime position at the early autumn, which gives films a chance to ride a wave of exposure meant to take them all the way to the Oscars.

So, as the programmes of both festivals are being announced, I took a look and decided to pick five films I am most looking forward to, for very different reasons. I have purposefully excluded those high profile films that were in Cannes already (so no Drive or The Skin that I Live In) since it seems a little pointless to cover them again, as excited as I am to see them! The good news for us, Londoners is that we just now most of the line up will end up at the London film festival in October. 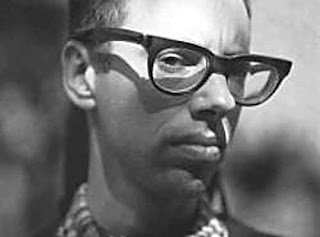 Everybody's favourite bespectacled independent American director stopped wearing glasses the minute the geek chic look became cool. Todd Solondz does not do cool! Some, including myself, feel he has never really had the stratospheric career that seemed within his grasp after his two early films Welcome to the Dollhouse and especially his dark masterpiece, Happiness (1998). But, despite the dreadful sequel to Happiness, Life After Wartime (2009), I still have faith.

His new film Dark Horse, features a great cast: Christopher Walken, Mia Farrow, Selma Blair and Justin Bartha, and charts the romance between two thirty-something in arrested development. A familiar theme of the struggle of the underdog is at play here, so we should not expect anything groundbreaking. At his best, his style of dark comedy hiding a core of raw humanity is hard to beat however.


The Sorcerer and the White Snake by Siu Tung-Ching

The title alone would make me want to see it. It evokes the heydays of 80's heroic fantasy, a glorious area that could well be on the comeback trail if the Conan reboot does good business this summer. This one is not American however, it is an epic Chinese with Jet Li, that mixes heroic fantasy, oriental folklore and martial arts. As usual with this kind of Asian film, the whole design is incredibly stylish and the action looks mental.


Damsels in Distress by Whit Stillman 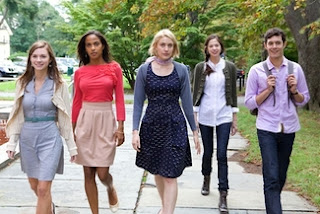 Another one of those promising 90's indie darlings who never quite delivered. Whit Stillman had a interesting career, yet like so many others in his position, did not seem to be able to sustain the momentum. His third film, The Last Days of Disco (1997), with Kate Beckinsale Chloe Sevigny, about a group of well educated twenty-something in New York during, well, the last days of Disco, is a gem and a personal all time favourite. Imagine the wit of Woody Allen, the low key romances of Eric Rohmer, transport it all in the early 80's and voila! His latest, Damsels in Distress, features a group of college girls who seek to help severely depressed students with a programme of good hygiene and musical dance numbers. Did anybody say Glee? 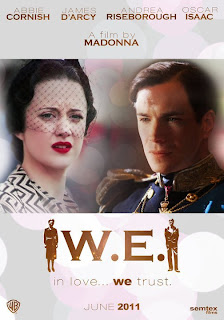 It is a well known fact that the facetious Giles Jacob, Cannes head honcho, likes to include at least one high profile stinker in his line up, and let the Cannes circus rips it apart like a pack of wolves in front of the world media, all in the name of publicity. Whether there is a similar reason as to why Madonna's second film as a director is included or whether it is genuinely worthy, the jury is out! She is playing it safe however, with film about the affair between Kind Edward VIII and divorcee Wallis Simpson, alongside a more contemporary storyline, influenced by this historical romance. The success of The King's Speech might prove a good omen, and the Weinstein brothers and their incredible Oscar machine bought the rights and seem to believe in its potential. 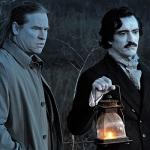 Far from the influence of film studios, the Godfather director has embarked in a new and intriguing career path and seems to be enjoying himself again at long last. Gone are the big budgets, in is the bold and the experimental, in a serie of film you would expect a young man to make. After Youth without Youth and the wonderful Tetro, Twixt is not about two chocolate bars as the name seems to indicate, but rather, is a horror film about a writer (Val Kilmer) on a tour who gets caught up in a murder mystery, guided in his dream by the ghost of a young girl. Echoes of Twin Peaks? Francis Ford Coppola is planning on taking his new film on the road, a la Kevin Smith with Red State, and even offers several different editing.

Expect plenty more about those and others when the festival season begins end of August.
at 14:31