Battleship: This is not a Joke 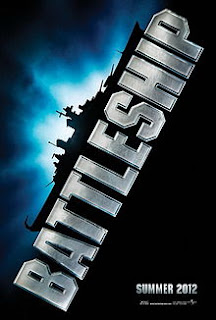 A couple of years ago, a flurry of crazy projects were announced within a few days of one another, in what appeared to be extended April's Fool. There was to be a Monopoly film adaptation by Ridley Scott. Joust, the 80's, ostrich riding 2D scroll videogame was to be made into a film. And so was Battleship. Obviously, very few of us took all of these projects seriously. It turned out we were wrong since Universal has actually poured $200m into one of these projects (Hint: it is not Joust). Battleship is real indeed, it will be released next year and a first teaser is just out. 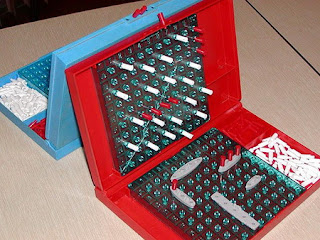 The film is directed by Peter Berg (The Kingdom, Hancock) and has a rather mismatched cast, featuring Liam Neeson, Taylor Kitsch (soon to be seen in John Carter) and erm, Rhianna? At that stage, and while reading the list of the rest of the cast, (featuring people with names such as Reila Aphrodite, Beau Brasso and Billy Slaughter?!?), I was still wondering as to whether this was an elaborate internet hoax.


And now that I have seen the trailer, I still cannot decide whether this is supposed to be real or a very expensive joke. This is only a teaser since we are a year away from its release so we are not seeing all that much. At least we are not being cheated, for a film called Battleship, half of the teaser does feature a battleship.


Things take a bizarre turn at sea when the crew uncovers what turns out to be an alien ship (which obviously managed to get into the ocean undetected despite its size) that awakens from its slumber upon approach. It is then revealed that aliens are playing a giant game of battleship, with Earth as their playground, waiting for humanity to make their next move.

It is rather distressing that there several similarities with universally panned Battlefield: Los Angeles. But it should not be dismissed so quickly. For all we know this could turn out to be an experimental science-fiction where humanity realises that reality is not real, and they there are the pawns of higher, metaphysical force that uses them in giant boardgame matches. Which also reminds me of an old Star Trek episode where two giant computers waged a war against each other, and for each lost round had to sent one of their human units to be killed. But I digress.

I did not see Rhianna in this teaser, so I wonder if she gets to play a beautiful yet deadly alien Glamazonian queen?

The film will be out in Summer 2012, assuming that this really is no joke. And see how I''ve managed not to include a single "You sunk my..." joke!