The Tree of Life review 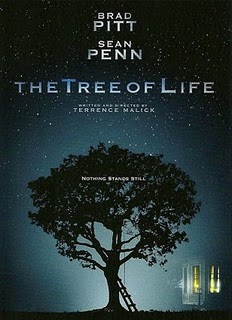 I was wondering whether it was even worth writing a review of Palme d'Or winner The Tree of Life, given that so much has been said already since its world premiere in Cannes, and since the UK seems to be the one of the last countries to release it, well after France and the US. However, this turned out to be an oddity, a film that ultimately disappointed me, and yet one that I cannot recommend enough.


The film starts off beautifully, with the unmistakeable Malick touch: the gorgeous photo (most of it looks like it was only shot during the witching hour of summer evenings, which might explain why it took so long to make!), the scarcity of dialogues, the reflective voiceover, the stunning soundtrack (this time by French composer and Oscar winner Alexandre Desplat, whose majestic yet subtle score is a dead cert for another Oscar).

We follow middle aged Sean Penn in present time, as he goes about in his daily work routine, looking washed out,  in the bland and soulless corporate offices of a big city. Then through flashbacks in a non chronological order, memories of his childhood emerge.

Those flashbacks start with a tragedy, which stroke his family when his brother died at the age of 19. And just as they are learning to deal with it, the story rewinds hundreds of thousands of years ago until the creation of the universe, of planets, the age of dinosaurs... We are treated to astonishing cosmic scenes (created by 2001's special effects' , Douglas Trumbull), which are as beautiful as anything you will see this year, and serve to put into perspective human tragedy and the smallness of Man against the unfathomable scale of the universe. 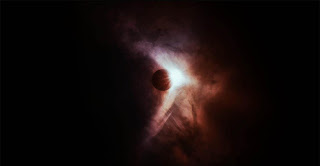 After this grandiose opening, we go back to Earth and to the family's early days, the birth of their sons and their childhood in an idyllic 50's American suburb, the strict education the boys received, creating an ever growing conflict with their authoritarian father (played by Brad Pitt), in contrast to their luminous and saintly mother (Jessica Chastain). Not troubling itself with a linear narrative, the great strength of the film is to present those memories in a way one would expect to remember them, fragmented and probably idealised, with a warm yet melancholic tone.

The acting is top notch, which is all the more impressive as the actors are given little dialogues or exposition to flesh out their characters. Brad Pitt keeps getting better and better, and in here cuts an impressive figure as a strict father with emotional illiteracy. 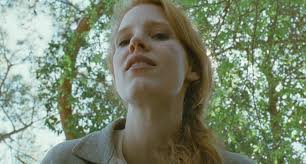 But it is Jessica Chastain playing his wife who is a revelation. With her pale skin and ginger hair, she reminded me of a young Sissy Spacek, and she shines throughout, channeling both warmth and grace with her ethereal and loving presence that actually sees her levitate like an angel in one scene! I am hoping than modern cinema will be able to accommodate her vast talent and singular beauty in the future. And it is no surprise that Terrence Malick has hired her again for his next project.

Having said that, and in my humble opinion, the film sags half way through and never quite recovers. I am a big fan of experimental cinema, so I had no problems with the lack of clear narrative drive as such and the formal experiments, quite the opposite. However, and I appreciate how personnal and biaised this will sound, the story of coming of age and loss of innocence that makes up the bulk of the film did not quite resonate with me. This is largely because those two themes have become such a staple of modern American litterature and cinema, that and the unresolved father issue, that these felt not quite as fresh and groundbreaking as what took place earlier in the film. 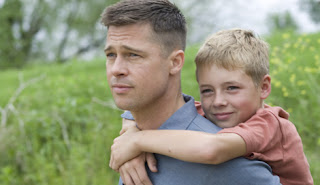 And indeed, despite the sheer brilliance on display, I never connected with it in the way I did with Terrence Malick's materpiece, The Thin Red Line (1999), a three hours long film that gripped me and captivated me from start to finish, and that I have watched countless times without ever getting tired of it.

The first cut of The Tree of Life is rumoured to be six hours long, and I would be curious to see it to know where the missing scenes were taken from. I would have thought many of Sean Penn modern day scenes got the chop, given how little screen time he has.

Some reviewers have bemoaned the christianity element, but first of all I find it very unfair to criticise a director merely because of his beliefs, and besides, what is presented to us is not a dogmatic argument, but more of a philosophical aspect of the Christian religion, seen here as a way of dealing with life's tragedies and our questions about the place of Man in the universe. This has also been called pretentious by several critics, yet I would take pretension over the ever pervading irony that poisons modern popular culture any day.

And indeed, for all his flaws, anybody with a slight interest in cinema should still watch this, for its extraordinary artistic values and poetry, its ambitious vision and its fine acting. It is refreshing to see that there is still space in modern cinema for an ambitious artist such as Terrence Malick.

Unusually for him, he has already began work on a new film starring Rachel Weisz, Ben Affleck and Jessica Chastain again. No release dates announced yet so I would not hold my breath! In the meantime, I implore you to lose yourself in this beautiful and enigmatic film.