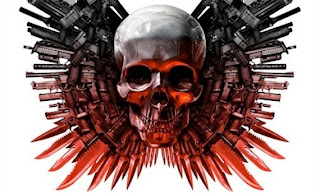 I was going to write a review of South Korean subtle masterpiece Poetry, just out in London today, but then I watched a BBC TV film called The Haunted Airman with Robert Pattinson just now and I have lost the will to live as a result, let alone to write. So I need to write about something less high brow. Sure, I could write about the casting news for The Expendable sequel. But it feels rather boring and samey, so why not skip to the next one? And bring in the women for crying out loud!


The Expendables was notable for being the sort of films that a lot of fans of 80's trashy actioners (such as Commando and anything starring Chuck Norris and a vest), would have loved to love, all nimbed in an 80's nostalgic patina they might not deserve. It turned out to be a bit of a letdown, feeling more like a generic action film with sporadic moments of brilliance, such as the Jet Li/Dolph Lundgren fight, and lacking the kind of OTT scenes we were all craving.

It did well enough at the box office however to warrant a sequel. Predictably and yet disappointingly, it is sticking to the same formula and bringing in a new salvo of 80's washed out "stars", with Chuck Norris, Jean-Claude Van Damme and John Travolta rumoured to join in.

But I say rubbish to that! Skip to the next sequel and let's bring in the women! Obviously, being number 3, it will have to be in 3D, as the rule of 80's filmmaking states (Friday the 13th 3, Jaws 3... all in 3D!). And make it the old red and blue glasses 3D while you are at it, for that retro feel! 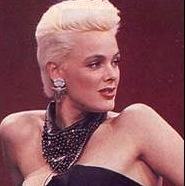 As far as tough actresses of the time are concerned, it is not as if we are in short supply. And make them all baddies, that would be so much more interesting, all part of a female gang. I am saying, bring in Brigitte Nielsen as an ageing stuntwoman/hitwoman, whose troubled past has endangered her sanity and who walks around in full Red Sonja outfit. And then make her be an ex of Dolph Lundgren with a score to settle, and watch some Scandinavian sparks fly!

Bring in Daryl Hannah, and make her character a mix between the siren Madison in Splash and Elle Driver in Kill Bill, with cyborg eyes since she lost both at the end of Kill Bill Volume 2. Bring in Glenn Close as their enigmatic and shadowy mob queenpin, who wears combed over blonde hair and men suits while smoking a cigar and erupting in an infernal laughter. 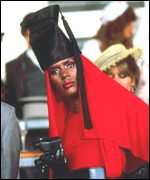 How about Grace Jones, returning as May Day from the James Bond A View to A Kill, having somehow survived the explosion that allegedly killed her, and wearing her red lampost outfit from the Bond's racing scene throughout the entire film! Hell, speaking of James Bond, we might as well bring in Maud Adams as Octopussy, with her wearing the six arms she sported in the naff poster!

The wonderful Sarah Douglas could play herself, or a twisted version of herself, an ageing actress who joins the gang, driven to murderous madness after too many soul destroying appearances at fan conventions where she is asked to dress as the evil Ursa (Superman 2) and the evil Taramis (Conan the Destroyer). And flank her with female sidekick Veronica Cartwright (Alien), muttering to herself "I was supposed to play Ripley..." the whole time. 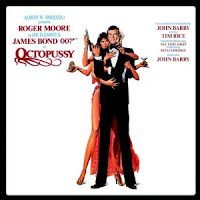 Now surely, that would be a hell lot more interesting than the tame proposed sequel? The men would not stand a chance!