The Avengers: Should We Get Excited? (I'd say, Yes)

As I was watching Captain America on the week-end, which I loved by the way, I knew all the audience with us was in the know. As the credits rolled, about two people left, the rest stayed on. I had heard conflicting news about the now usual Marvel post credit scene. And all the previous ones had been rubbish (the Thor teaser after Iron Man 2 was particularly poor) but I had hope. Finally, after what felt like twenty minutes of credits, it happened...

I nearly shrieked with excitement like a teenage girl watching the Breaking Dawn teaser (actually, I am kind of excited about that too...) as I saw split seconds The Avengers, featuring Thor, Iron Man, Captain America, Black Widow, Hawkeye... (but no Hulk so far) briefly interacting with each other! In case you did not know, The Avengers is the name of the group of aforementioned superheroes from the Marvel comics universe, who team up together to fight foes that no superheroes can withstand alone. And they are all going to be in one film together, in a summer that will see them battle it up against Batman and Spiderman for superhero supremacy. The world might end in 2012, but after a summer with all these films, we can all die content! 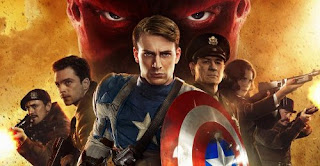 The Avengers is not , as some friends thought, a reboot of the terrible film adaptation of the wondeful British TV serie featuring John Steed and Emma Peel (although it would be rather awesome if they all joined forces!). But after the initital excitement, some doubts creeped in. Are they really going to pull this off when The Avengers comes out in Spring 2012?

The first problem is going to give them all enough screen time. All the exposition of each major character is now out of the way. And that was the only slight issue I had with Captain America, with an origin story that took such a big chunk of the film, the second half felt a little rushed as a result. But even still, with three major characters, and several supporting one all battling it up for attention, will some be left out? And will they actually interact well as a group? Plus they all have widely different abilities. Thor is basically a God. Tony Starck/Iron Man is "just" a man. Is there not going to be an imbalance of powers?In any case, we can only assume the film will have to be around three hours running time to do them all justice. 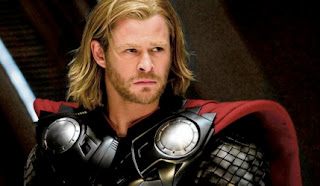 The second issue will be tackling the different tones. Iron Man, the most successful franchise within The Avengers group, is firmly grounded in reality, with barely any fantasy element (I mean, as realistic as the Iron suit can be!). He is a more grown-up and suave superhero with a wider appeal hence the enormous box office receipts. Thor however is the complete opposite, living in a universe anchored in mythology and magic. Captain America is something in between, based in reality, and history even, as the first film has him fighting nazis during WW2, but with a fantasy twist. And how do you bring it all together?

There are quite a lot of connections between Thor and Captain America, which makes sense since both films were shot at the same time and with The Avengers follow up in mind already, with artefacts and references peppered throughout. But nothing of the sort in Iron Man. 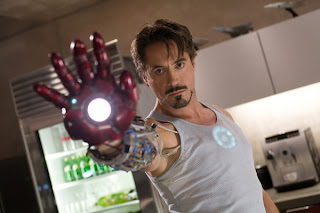 And then you have to ask, does the audience actually want to pay to watch them all together? They might have had successful films so far, but you can hardly say they are well established characters as far the general audience is concerned. Iron Man 1 and 2 did extremely well. Thor and Captain America have been successful, but not quite to the tune of the Dark Knight and Spiderman. And the mishmash of characters could be seen as a big joke, in a Freddy vs Jason kind of way.

Also, the budget seems a little slim for such a mammoth film. Sure, you could hardly call $150m a small budget. Compare it to Spiderman 3 and its gianormous $300m (excluding marketing). Obviously, as the spidey sequel proved it, a big budget is not a badge of quality. And it has been of trends of major studios to keep the costs down, even for their blockbusters, since the recession started. 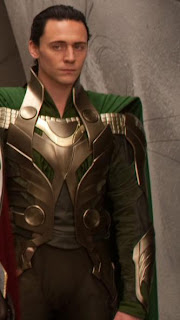 And then the choice of director, Joss Whedon. The man responsibly for the hugely successful Buffy serie, as well as the critically acclaimed but little seen Firely, has not attempted anything of this scale before, and indeed this is only his second film after Serenity. If he does pull it off however, I cannot begin to imagine how exciting the whole thing is going to be. No plot has been revealed so far but rumours of (SPOILERS!) Loki having survived his fall into the cosmic void at the end of Thor, and scheming up to bring destruction to Earth helped with a race of alien.

But for now, we will just have to wait... 9 months exactly! The teaser released online is a lot shorter than what I remembered it to be after Captain America so is probably a different version. In any case, stay until the end of watch the extended trailer in 3D on a big screen!