London's FrightFest Round Up - Part 1


The horror/fantasy film festival Fright Fest has become a real institution in London. It takes place every year over the long bank holiday week end at the end of August, in one of the biggest screen of the city at the Empire Leicester Square and with an adoring audience of fans that is probably the best in the world. Even if many of the films presented will end up as late night DVD fodder, seeing them on a huge screen among such a reactive audience makes it an entirely different and much more enjoyable experience altogether. They scream, laugh and clap at all the right places and I cannot think of a best place to watch a horror film.

This year's line up was the usual mix of f high profile titles (Final Destination 5, Fright Night...) and more unusual picks, with a great worldwide selection that included the first horror films ever made in Switzerland (Sennentuntschi) and Israel (Rabies).


So big has the event become that they actually manage to have the cast and crew of the vast majority of the films presented attending, unlike the London Film Festival which is always hit and miss in that respect. And indeed the premiere of Kill List had several hot shots of the industry attending with some very diva-ish behaviour on display when an actress for Ben Wheatley's next project kicked up a stink for being sat so far from the stage. We even had Simon Pegg attending, bringing his mum along who is a fan of ultra violence it emerged. 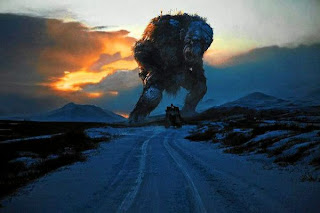 Fright Fest started off with Troll Hunter for me, which might seem like an odd inclusion as not technically a horror film but then the festival has widened its net to include quirky fantasy fares. It is riding up a mighty wave of hype at the moment yet things did not get on to a good start and it was a let down as far as I am concerned. While the special effects and creature design are absolutely incredible and some of the set pieces are breathtaking, especially considering the low budget,  the film suffers from the "lost footage" sub genre limitations, and could have done with trimming a good twenty minutes of the running time. 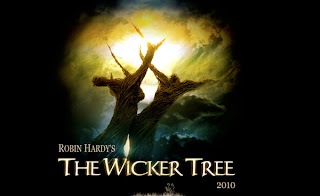 On the to The Wicker Tree, a sequel to cult classic The Wicker Man. It is safe to say that we were all expecting it to be terrible, but were too polite to say so to director Robin Hardy, who also directed the original and came across on stage as a sort of witty and naughty uncle. This is not quite a remake, not quite a sequel, more of a reimagining of the first film and was not quite the catastrophe we anticipated. It is even more of a comedy this time, a dark comedy but too funny to pull off the necessary tonal shift required later on when things take a more sinister turn. And while I enjoyed the humour, you do have to wonder what kind of audience this is targeting, as it appears to be little more than a joke aimed at those who have seen the first one. 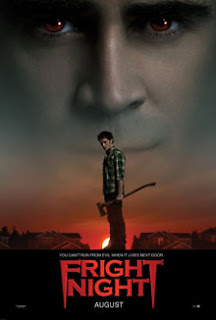 And then came the Fright Night remake, which was a perfect choice for an early Saturday night screening, and a real crowd pleaser. No classic for sure, and I doubt this will ever be remade in twenty five years but it hold its own valiantly, its main strength being to take the original premise and making something completely different with it. Maybe a little rushed but Colin Farrell and David Tennant own the film, and director Craig Gillespie has a lot of fun with the shamelessly gimmicky 3D. 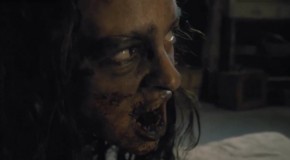 My last screening of the night was The Woman by Lucky McKee. I knew very little about it, except for its reputation of ultra violence which caused a much publicised incident at a screening in Sundance earlier this year. I have to admit I nearly skipped it as I was not sure if I could handle it after a long day but I was a fan of his previous film The Woods so I sticked with it. And it turned out to be an electrifying experience, the best film, not only of the festival, but of the year as far as I am concerned. From the first few minutes, it is obvious that the director is fully in control and knows exactly where he is going with it, with some bold directing choices, yet no visual gimmickry, just an assured direction. The simmering tension is nearly unbearable as you just never know when it will all kick off and the violence when it finally explodes, is gut wrenching yet never feels gratuitous. Great female characters and amazing sound design and soundtrack top it up, a fantastic achievement. I will publish a full review in the next few days. And part two of the Fright Fest round up will be published tomorrow.
at 23:58