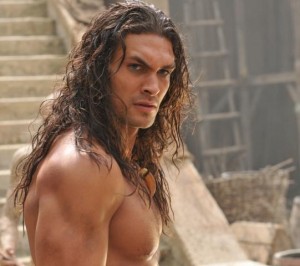 Last week end three new films were vying for the attention of a late summer audience, yet ended up like jilted bridesmaids at the altar of the US box office, with earlier releases The Help and Rise of the Planet of the Apes keeping the first two spots. With week end results struggling to reach double digits above the million dollar mark, these were terrible results. Add the 3D premium attracted by all three films which should have boosted the revenues, and have a look at the actual attendance figures, and these results are abysmal. Just what went wrong?


The first and biggest casualty was Conan the Barbarian. With a production cost of $90m, excluding any marketing costs, and an opening week end of $10m, the film will be lucky to recoup half of its cost. This is particularly disastrous as the film was produced by a secondary studio, Lionsgate, who can ill-afford this kind of financial drain. And there will not be a new Saw this Halloween to balance it out, their cash cow having been mercifully terminated.

So why such a low score? First of all, the Conan's brand value was probably overestimated. While a minor classic for many, the original is now 30 years old and just does not mean much for the average film-goer. Then there was the laudable but risky decision to ramp up the gore. This might have satisfied core fans of the genre, but certainly scared away a lot of potential audience. Obviously the mostly negative reviews did not help, nor did a lacklustre trailer.

But I actually have another theory. Heroic fantasy do not command the same admiration as they once did, in the 80's during its golden age. I feel this has a lot to do with the constant wave of subpar films churned out by Sy-Fy and other low standard cable channels. Unfortunately, over the last 15 years, the genre has become synonymous with cheap production values, terrible acting and poor CGI effects, which has diluted the sense of magic and wonder that used to be associated with it.

On to Fright Night, which did not even manage to reach the $10m mark on its opening week end. There were hopes that this would be more than your run of the mill 80's horror remake, especially with an indie director at the helm (Craigh Gillespie, who did Lars and the real girl), and a superior cast (Colin Farrell, Toni Collette...). The reviews were fairly positive yet they did not save it from a terribly anemic opening week end.

While it is depressing that for some time, during the revival of the genre that started off with Scream in the mid 90's, any horror film was pretty much guaranteed a $20m opening week end, you have to wonder if the genre is now suffering from audience fatigue, especially considering the poor quality of what is generally offered. And again, same problem as with Conan, while Fright Night is a classic for some, the original certainly did not register on the mainsteam audience's mind as much as, say, Friday the 13th or Nightmare on Elm Street. As for Colin Farrell, despite being an excellent actor, he is not the box office draw Hollywood saw in him for some time. The producers of the Total Recall remake, starring the Irish heartthrob and out next year, must be feeling very nervous after these poor results.

Finally, Spy Kids 4: All The Time In The World, which barely managed $11m. Once a popular franchise, this completely unnecessary follow up is destined to sink without trace. First of all, far too much time had passed since Spy Kids 3 (2003) to have been able to retain a faithful audience, especially for a film targeting children who would have since long grown out of it. And the film seems to have come out of nowhere, with little marketing to push it.

You just have to wonder why a talented director such as Robert Rodriguez keeps squandering his talents with kiddie films (see his previous flops Sharboy and Lava Boy or something, and Colours). If he was going to do a sequel, he might as well have tackled the long awaited Sin City 2. If the rumours are true, he is working on a Machete trilogy, with Machete Kills, and Machete Kills Again... In Space! (I am not making this up!) Me, I am just hoping he just gives his kids a slap and they let him make some proper grown up films again.

Ultimately, what have we and the studios learned from this week end? Nothing. If there was a sure fire recipe to hit box office gold, we would all be rich. While seen to be recession proof for a time, cinema attendance has followed a dangerous downwards spiral of late. And people will still flock to terribly derivative remakes, sequels, reboots etc... So we truly have learned nothing except that there is no magic formula.
at 23:15