The late summer of 3D horrors 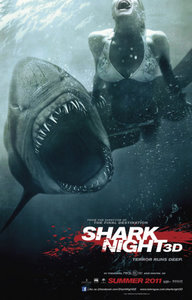 It has become a tradition for studios to release low budget, trashy horrors/action movies late in the summer season. After a couple of months of overblown, overlong blockbusters, the audience is ready for some less taxing fun. In the last few years we had Snakes on a plane, The expendables, The final destination, Piranha 3D... However this year the studios are really trying their audience goodwill, releasing four films targeting the same audience within a few weeks of each others, promising a month of blood splattered 3D glasses.


First off, Final destination 5, out on the 12th of August in the U.S. and 26th of August in the U.K. Final destination 4 was actually called The final destination to fool the audience that had lost track of the numbers. However the added novelty of 3D at a time when it actually meant something for the audience (2009, remember?) gave it a renewed vitality at the box office. I found it to the best of the serie after 1 and 2 (erm?). So it ain't broke, don't fix it, and the trailer seems to indicate that the story is just the same as it is always been: a bunch of people cheat death in the opening scene, only for Death to catch up with them in innovative ways. The trailer spoils what will probably be the best scene: death by eye laser surgery, which will probably spells the decline of the procedure, the same was as Gremlins caused the bankruptcy of stair lift companies.


Next is Fright night 3D, out in the US on the 19th of August and 2nd of September in the U.K. I have already written how promising the first stills were and how disappointing the trailer looked.


And then on to Shark night 3D, out in the US on the 2nd of September (no UK release date as yet). Amusingly this is called Shark thriller 3D in France, which is almost as bad a translation as when Wild things became Sex Crimes. Anybody expecting a 3d gory mayhem like Piranha 3D of last year will be sorely disappointed. The film is, inexplicably, a toothless PG13, which is a cardinal sin. The curse of the PG13 horrors, which has blighted cinema for over a decade, strikes again. The producers should be made to watch Cannibal ferox on a loop before being fed to the kind of pigs that devoured Gary Oldman in Hannibal.

This is the kind of film that screams for an R rating. So instead of limbs flying off in 3D, expect supporting actors disappearing in gore-free, foaming, bloody waters, screaming. The trailer does not even make sense. A bunch of people are stuck on an island surrounded by sharks, well I have got a great tip for you, at the first sign of fins in the water, stay out of it! This could have been so much fun, but by toning it down to reach a wider audience, they risk not pleasing anybody. David R. Ellis is directing, the man who brought us Snakes on a plane, so maybe all is not lost?


And finally Piranha 3DD, the fast tracked sequel to Pirnaha 3D of last year, who surprisingly ended up as one of the best reviewed film of last year, a loving and fun tribute to all sort of creature movies which I enjoyed immensely. Interestingly the US release has been pushed to November to avoid a crowded 3D horror late summer. No trailer released yet, all we know is that the fishes travel to a waterpark and chomp their way through a new cast that includes Gary Busey and David Hasselhoff himself! So who will show the greatest dramatic range, The Hoff... or the CGI fishes? SoReturning from the first one, Ving Rhames (or what is left of him after this first encounter with the toothy fury!). Sadly original director Alexandre Aja has passed on the sequel. 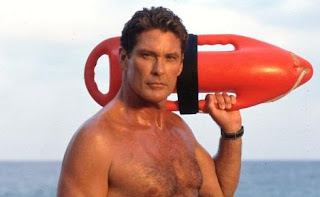