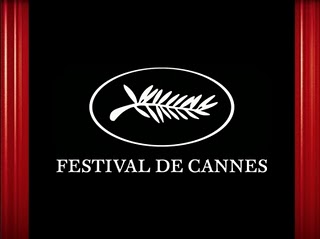 UPDATE 1755: No Alomodovar, no Kaurismaki, but Maiwenn is in. Surely not?

UPDATE 1735: Cecile de France and the brothers Dardenne are here, so is Ryan Gosling (Best actor?)

UPDATE 1730: Berenice Bejo, Jean Dujardin and Michel Hazanavicius have all turned up, a prize for The artist? Kirsten Dunst is definitely turning up, best actress? Once upon a time in Anatolia's cast is in too.


RUMOURS UPDATE 1720! The cast of Melancholia has been seen making its way to the Grand Palais! Crazy rumours update, Robert De Niro is a fan of This must be his place with Sean Penn, unlike the rest of the festival who dismissed it.

This is it, the Cannes film festival is nearly over. Right now the members of the jury are in the gardens of a villa in the heights of Cannes, deliberating under the watchful eyes of Cannes honchos Gilles Jacob and Thierry Fremaux, who need to ensure the rules of the festival are respected (for example a film cannot win more than two prizes, added to the rules after Barton Fink bagged three prizes in 1991). This is how you know the festival is in France, the last day of the jury is spent chilling out in a villa under the sun, with copious amounts of wine I am sure. In a year of consistent quality, with several well received films but no clear front runners, who is in with a chance?
A popular and utterly pointless pastime is trying to second guess what type of films Robert de Niro might have liked. Just like anybody else with a tiny bit of interest if cinema, I am sure he has got varied tastes. Less charitable but persistent rumours were pointing towards a rather poor taste in films in general, which would not bode well for a worthy winner tonight. But then again the decision will not be his alone and I cannot begin to predict what sort of films Jude Law, Uma Thurman, Olivier Assayas and other lesser known members of the jury would go for. So based on how the films have been received by the media, these are the most likely choices: 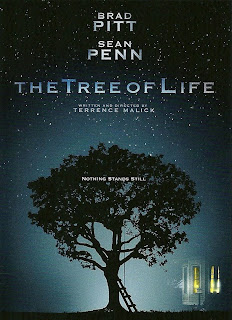 The tree of life is certainly a possibility. Terrence Malick made the festival wait another before deciding his latest film was ready. Yet the film seemed to have divided the Croisette. While nobody can deny the American director talent and knack for sumptuous images, not everybody was a fan of his mystical ramblings. Indeed there were a few booing at the press screening (see previous post). Those who enjoyed it loved it. Saying that, rumour has it the jury did not care much for it. A directing nod perhaps? 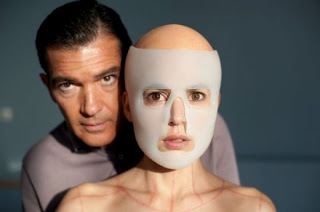 Will The skin that I live in be the film to finally bring a well deserved yet elusive Palme d'Or to Pedro Alomodovar? This latest has been very well received and heralded as one of its best so there might not be a better opportunity for him. But for a director who has been consistently good, will it still be enough? When you I am worried he might end up with a directing prize yet again.

Melancholia, despite the controversy, is said to be in the running, and to have been well received by the jury. A persistent rumour is placing Kirsten Dunst as best actress, above Tilda Swinton who seemed to be the logical choice. Lars Von Trier might have a reputation of some sort of sadist with his actresses, but whatever he does, he does it well: two of his actresses have recently won the best actress prize in Cannes thanks to him, Bjork for Dancer in the dark and Charlotte Gainsbourg (and her rusty scissors) for Antichrist. If the film does win the ultimate prize, there is the small matter of the director being banned from Cannes and not being to accept the prize. 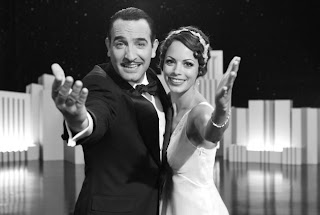 The artist by Michel Hazanavicius has been the surprise of the festival. While the film has been liked by just about everybody, some still see it as too slight and comedic to win the Palme d'or, in a festival that is not generally known for being a laugh a minute in the screening auditorium. Yet this loving tribute to the golden age of silent cinema could find an echo with the members of the jury if they follow their heart and not just their brain. Le Havre by Aki Kaurismaki would be a solid choice that would please everybody. Just like Almodovar, the Finnish director has been consistently good and this latest, the first to be shot in French, has been called his best work. But same problem as Almodovar, he is still not really breaking any new ground so will it be enough? 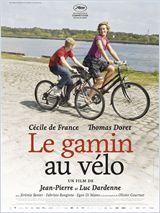 Le gamin au velo could well win the brothers Dardenne a third Palme d'or, which nobody has achieved so far. They have crafted yet another excellent film according to all the reviews, and could be an easy choice to pick for the jury. I do find that Anglo-saxon members of the jury tend to favour this kind of ultra realistic movie when they want to come across as arty and European, just as it happened with the Dardenne's first Palme, Rosetta, which was championed by then juries David Cronenberg, Jeff Goldblum and Holly Hunter in 1999 according to other member Andre Techine.
Or with the difficulty of picking a clear winner, will we end up with two Palme d'or, which is allowed by the festival but has always seemed like a cop out to me? One thing however, do not expect too much of a surprised look on the face of the winners. Due to the nature of the festival, where film casts and crews are only invited to stay for three nights, the festival has got to call any eventual winner back based on the discussions of the jury, or risk having none of the winners on stage!
This explains the disheveled look of former acting prize winners Kathy Burke in 1997 for Nil by mouth, and David Thewlis in 1993 for Naked, who were literally put on a plane to Nice just on time to make it for the closing ceremony.
Another famous anecdote is how Quentin Tarantino in 1994, still in town for the ceremony as Pulp Fiction had only been shown two days before the end, had asked to be told in advance if he had a chance to win a prize, so overwhelmed he was by the whole experience, and to avoid a crushing disappointment. He was assured he was going to pick a prize, yet anxiety grew as the prizes were being handed and his name not called, only to grow to panic as the jury was about to call the Palme d'or winner and the media were pointing their camera towards the Kieslowski, who had presented Three colours Red. Yet we all now what happened and the joy on the youthful American director was a joy to watch! So who will be joining in in making movie history tonight?
at 17:02