Pirates of the Caribbean 4: On stranger tides had its red carpet premiere at the Cannes film festival yesterday evening, guaranteed to have maximum media exposure and a mighty scrum at the bottom of the Palais, with fans pushing to catch a glimpse of their stars and photographers coming to a physical fight for the best spot (I have actually seen it happen, a proper fist fight between two photographers trying to catch the best shot of John Malkovich presenting Of mice and men in 1992, was it really worth it?)

It might have become a regular occurrence to have at least one or two blockbusters doing their debut in Cannes but it has not always been the case. In fact, Cannes and Hollywood went through a trial separation that started in the early 90's, only for the estranged couple to work things out a full decade later. Hollywood had become increasingly distraught because of the critical panning their blockbusters were getting in the 80's, at a time where for many (older) critics, there was still a clear distinction between arthouse and blockbusters. 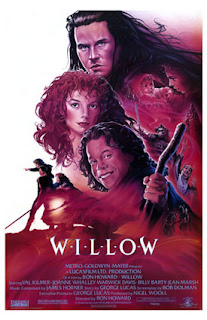 And after yet another critical bloodbath, endured by Willow by Ron Howard in 1988, Hollywood decided that enough was enough, and that contrary to the popular saying, any publicity was not good publicity, especially bad one.
And for a time, it seemed that Cannes did not need Hollywood either. The 90's were a time where the line between indie and mainstream was beginning to blur, a time where filmmaking was becoming more accessible thanks to cheaper cameras and editing solutions. A whole bunch of new and young American directors were making films on a shoestring budget, without the help of big studios, and still managed to receive both critical and commercial success.
There were the good old days of Steven Soderbergh (Sex, lies and videotape, Palme d'or 1989), David Lynch (Wild at heart, Palme d'or 1990), The Coen brothers (Barton Fink, Palme d'or 1991)... You can even add Jane Campion to the mix, with The piano (Palme d'or 1993) as, while obviously not American, she brought her indie produced film to critical and commercial acclaim, with a shot at the Oscars. This culminated with Pulp Fiction in 1994, which epitomised this movement. Quentin Tarantino was only 31 when he picked up the ultimate gong, and his film went on to enjoy both cult and blockbuster status, and even picked up an Oscar for best script.
A lot of things were about to change however. With the rise of the internet, bad reviews were not the preserve of professional film critics. With bloggers or even just casual reviewers on IMDB, news of particularly bad movies were circulating more freely. A new and young generation of critics had a more modern view of cinema, with blockbusters were not necessarily seen as the enemy. Besides, because of piracy, but also because of a more global marketing plan, studios were having to release films simultaneously. So bad reviews from Cannes were less of a concern. They did however realise that, with the festival being the most covered event in the world after the Olympics, they were missing an opportunity for some media exposure.
So a few blockbusters creeped up in the early 00's, The matrix revolutions, Star Wars - Attack of the clones... Yes the reviews were poor, but all the audience cared about were the shots of the full cast relayed by media the world over. And a reconciliation of sort took place when Up opened the festival in 2009 to rapturous reviews, on its way to a glorious commercial career and an Oscar. And, for now anyway, the long separated couple has rekindled the celluloid flame.
at 10:36