Is Penelope Cruz regretting her decision? Melancholia vs Pirates of the Caribbean

Penelope Cruz had a bit of a false start in Hollywood. Hot on the heels of her star turn in All about my mother (1999) that got her noticed, she was cast in the hit that never was, Captain's Corelli mandolin (2001). This best-seller adaptation was meant to propulse her to Hollywood stardom but tanked at the box office. (Mind you it had Nicolas Cage in it. Speaking with a silly Italian accent. And you wonder why it bombed!) There were a few forgettable films after that, (Gothika, Vanilla sky) yet slowly but surely she did manage to build her career in a way that fellow Almodovar muse Antonio Banderas never did.
And it paid off, a best actress nomination at the Oscars (ironically for an Almodovar film, Volver), a best supporting actress Oscar win for Vicky, Cristina, Barcelona, followed by another nomination for Nine. However did she make a bad move by dropping Melancholia for Pirates of the Caribbean 4? 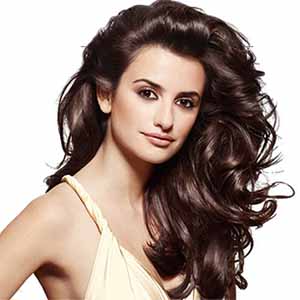 On paper, it seemed like a smart move. Despite all the artistic recognition, in the US at least, the Spanish siren has never been in a big commercial hit (her latest attempt in the musical Nine backfired as the film was a big flop). And while she was toying with the idea of taking the lead in Lars Von Trier's Melancholia, she dropped out when offered a part in the new Pirates of the Caribbean sequel.
She mentioned her desire to work for the director of Nine again as a reason, but the chance to appear in a blockbusting sequel and raise her commercial profile for a wider audience must have be alluring also.
Plus she must have felt she had already achieved arthouse credibility in Europe and did not have much to gain joining the maverick Danish director. 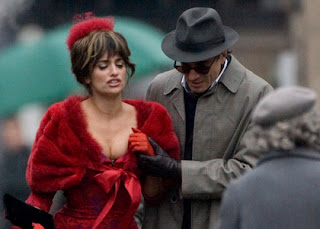 Yet by a cruel twist of fate, things have not quite worked out that way and I am wondering if she is regretting her decision. The new Pirates sequel opened to a rather good but not exceptional $90m week end considering the previous sequels had much bigger openings, and was absolutely slated by the critics. Plus it has become a common misconception that appearing in a blockbuster will do wonders for your career. It is just no longer true any more at a time where big concepts matter more than big names. Where is Tobey Maguire of Spiderman fame? Can Shia LaBouf open a film that is not a Transformers sequel? Is the presence of Christian Bale a guarantee a film will open big? I rest my case. It is debatable whether her part as female pirate Angelica will actually do anything for her. 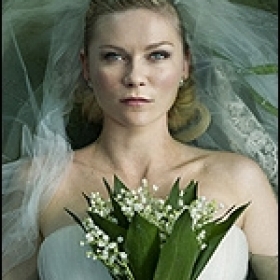 Stepping into the role left vacant, Kirsten Dunst, ironically made an opposite career move, by going from a huge franchise (Spiderman) to European arthouse. And despite suffering on set with the notoriously difficult Danish director, who once drove Bjork to eat her dress on set (I never grow tired of this story), Kirsten Dunst, who said there was an elegance in Lars Von Trier's cruely, saw her gamble pay off, nabbing a best actress prize in Cannes yesterday, that is sure to give her credibility as an actress a massive boost and open new doors for her. 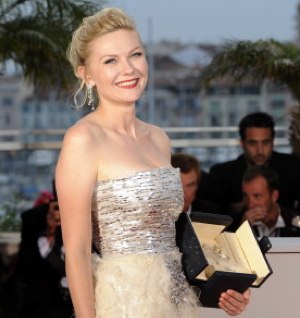 I wonder what would have happened if Penelope Cruz had stayed on, since I cannot imagine more polar opposite actresses. With the American actress's underlying sadness and quietly melancholic face a perfect match for the part of a depressed bride, would Penelope Cruz have made the part her own, and be as memorable?
Being of a slightly more volcanic temperament, would she have fought with the director on set (so obviously yes!), would she have stayed on at the infamous press conference in Cannes (see previous post) like Kirsten Dunst? (Many say part of the reason she won was not just because of her performance in the film but how she managed to squeeze all these different emotions during the nazi accident, the air of shock, despair, sadness, hopelessness as Lars Von Trier was digging himself into a deeper hole.)
Just like Holly Hunter passing on the As good as it gets part that earned Helen Hunt an Oscar, and Michelle Pfeiffer being offered and rejecting The silence of the lambs lead (another Oscar winner for Jodie Foster), Penelope Cruz might have made the kind of mistake that gets cruelly remembered in the annals of film history. To rub salt into the wounds, she saw long time friend/director Almodovar miss out on a prize in Cannes despite being among the favourites.
at 22:55