Don't be afraid of the dark! 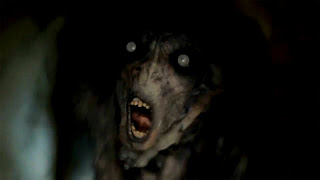 After much delay, the Guillermo Del Toro's produced Don't be afraid of the dark is finally getting a release date, 12th of August in the U.K., and 26th of August in the U.S. The film, directed by Troy Nixey, is a remake of a 70's American TV movie of the same name, which seems to have terrified a generation of viewers, and sadly has been little seen outside the U.S. An initial teaser was released nearly a year ago, in prevision for a originally planned January release that never happened. But now, Miramax has revealed a full trailer, which makes me feel that, unlike what the title says, we should be afraid of the dark indeed, very afraid!

The original film was about a young couple moving into a creepy old mansion inhabited by small demon-like creatures determined to make the wife their own. It is said to be one of the scariest tv film ever made and without spoiling it, it does not end well! What made it stand apart was the spooky atmosphere and unusually dark tone for a film made for television.


This remake has slightly updated the story. Instead of having the wife trying to convince her husband of her visions, this time, it is the couple's daughter who is the target of the little demons. The trailer is promising, I particularly like the designs of the little creatures which are creepy as hell. It is hard to tell whether they were made of animatronics or are all CGI but they are really well done. 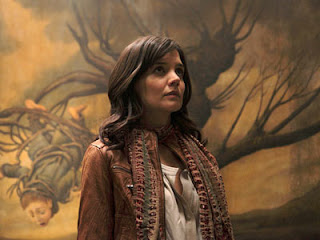 A less successful CGI effect is Katie Holmes. As much progress as Hollywood has made with CGI, they have yet to design a fully believable human being, with a credible range of emotion. Progress have been made obviously, notice the almost perfect tone of skin and the believable hair. Sadly, the empty eyes and total lack of emotion betray the artifice.

The director Troy Nixey, was picked by Del Toro on the strength of just one short movie he made, called Latchkey's lament, which is a blend of live action and CGI, and surely showed plenty of promise. It is refreshing to see how the Mexican master Del Toro is always on the look out for new talents. And far from using his producing role as a way of putting his mark on a film, he has said on an interview how much he learned from watching young directors and give them little interference. 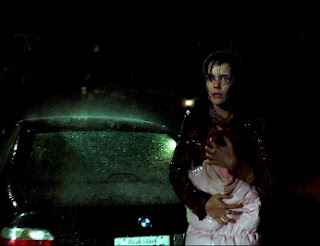 As per my previous post, the second half of the summer is already crowded with horror films and I wonder if this one, which seems more about atmosphere and less about gore, will find its place at the box office, it might have been more suited to an autumn release.