Tom Cruise climbing up and down the Mountains of Madness 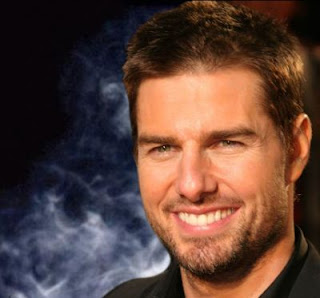 It has been a bit of an emotional rollorcoaster today for those of us fans of Guillermo Del Toro and H.P. Lovecraft. Having wasted 2 years working on The hobbit only to give up on the project because of increasing delays in production, the Mexican director was said to have his eyes set on a 3D adaptation of Lovecraft's masterpiece, At the mountains of madness, with the names of Tom Cruise and James McAvoy being tossed around, and James Cameron producing. 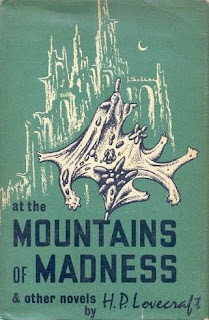 Then this morning the news came that a deal had been made, with Tom Cruise taking the lead and Del Toro's long tome favourite Ron Perlman joining the cast. And as I was wetting myself with excitement, getting ready to announce the good news on these pages, it emerged that not only no such deal had been struck, but the director then announced that he had also left the production completely, and moved on to a new project called Pacific rim. That means, assuming that he finally gets started on it, we are looking at a 5 years gap at least between his latest Hellboy 2 and his new project, a long one for somebody at the peak of his creativity. 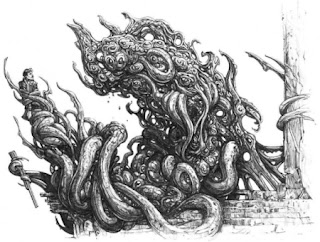 If you have not read it, the novel (one of the only few books that I can actually say genuinely scared me) follows an expedition in the Antarctic, as they uncover some unspeakable horrors within the remains of a long lost alien civilisation past a mountainous peak.
Such a shame however, as Guillermo Del Torro is one of the only few directors alive capable of bringing Lovecraft demented visions to life, especially the typical Lovecraftians creatures (starfish head with five eyes and tentacles anybody?), considering his knack for crafting some of the most striking and original creatures in films. But then I actually had my reservations about how he would have been able to pull it off, especially considering that sources had said the script would remain very faithful to its original story. 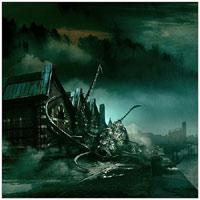 First of all, the story is really just one long slow build up until the terrifying climax, which works well in a book, but would not work so well on film. And then there was the issue of the 3D. Given that the story is set in the Antarctic, the white background with little depth would have made the actors in front of it appear like cardboard cutouts. And then when it moves on to scenes within the mountain's caves, the darkness would have made it look all flat... A far cry from the colourful world of Avatar.
Interestingly, even though Lovecraft has inspired countless horror movies and creature designs, there have been very few direct adaptations of his short stories and novels. Dagon (2001) by Stuart Gordon, was a recent attempt, and confusingly was actually a modern update of The shadow over Innsmouth (and not of the actual short story Dagon), with its demon worshipping villagers. A very low budget black & white adaptation of Call of the Cthulhu in 2005, lasting only 45 minutes, was a real oddity and the closest we ever got to the real thing, keeping the 1920's setting and with the style of a 20's silent film. One for the fans only and that can still be found on dvd.

But I guess we will have to wait just that bit longer for the definitive big screen Lovecraft adaptation.
at 22:44