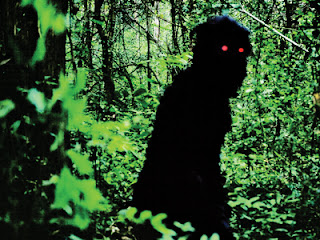 The 5th Asian Film Awards ceremony took place on 21st of March in Hong Kong, and did not receive an iota of media coverage in the West compared to the Oscars, which is a real shame, as the list of nominations basically reads like a list of best films from the previous year, not just Asian, but of any cinema! Indeed, they put the lacklustre list of this year's Oscar best films nominees to shame.

Unclee Boonmee by Apichatpong Weerasethakul took best film, concluding an incredible run that started with the Palme d'Or at the Cannes Film Festival last May. While receiving mostly positive critics, there have been a few vocal detractors. Obviously everybody is entitled to its opinion, I found the undercurrent assault on "arty and boring" cinema most of these negative reviews displayed unpalatable.

It defied my expectations, and is almost impossible to define (the magical realism tag is not all that incorrect, given that it deals with supernatural events but with a really down to earth and realistic approach), artfully mixing genres and styles. My enjoyment of it was slightly tarnished when watching one of his earliest film later on, Tropical malady which I loved, but which was also not just a bit similar. There is a fine line between carving his own style and making the same film again and again and I hope it will be the former for the Thai director.
While missing out on best film, Poetry took best director and best screenplay for Lee Chang-Dong. Poetry was my absolute favourite film of 2010, and sadly has yet to secure a UK and US release. While the synopsis might sound a tad predictable, a little twee even (an old South Korean woman rediscovers the beauty thanks to a poetry class, when they are are so many sad and ugly things around her), it had a masterful and engaging script that take some truly unexpected and dark turns, and is dominated by the incredibly subtle yet powerful performance of leading South Korean actress, the semi retired Jeong Yie Hun.

Elsewhere, they were nominations and prizes for the amazing 13 assassins by Takeshi Miike (a slight departure from his usual style, an exhilarating tale of revenge in the times of the shoguns with a fantastically gory and exhilarating third act), Confessions by Nakashima Tetsuya (a Japanese tale of revenge again, this time set in the only slightly less lethal world of high school) and Norwegian Woods by Tran Han Hung.