Horrorfest coming to London: more slicing and dicing than a Masterchef finale 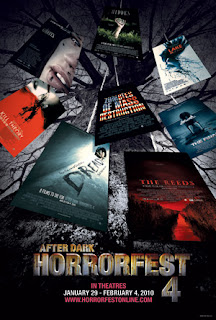 Not to be confused with Frightfest, the horror film festival which takes place over the August Bank Holiday, Horrorfest is coming to London, having toured the world's big cities with a collection of 8 films, to be savoured on the big screen with a screaming audience at the Empire cinema in Leicester Square.
This is an original initiative by production company After Dark Film, in collaboration with Lionsgate and Syfy channel. Prior to a dvd release, they have selected 8 of their latest entries to be screened in cinemas as a mini festival.
Given the stigma that horror fans still suffer, this is a great initiative. They have understood that horror films are best enjoyed in a packed cinema with an adoring and screaming audience, giving you a bit of a community feel, rather than home alone on a Saturday night with a takeaway pizza and a family size ice-cream tub. 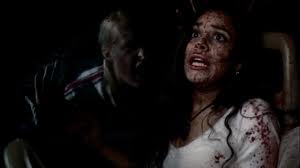 Reading the synopsis of each film is not exactly filling me with much confidence, giving the impression of having passed every single idea from previous horror classics through a meat grinder before regurgitating into neat low budget entries. 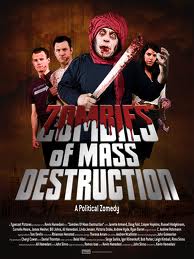 One of them sounds promising through, not so much because of its original premise (zombies invade a small island!) but for its sheer fun factor: the motley crue of survivors involve a suspected Iraqian terrorist and a gay conservative businessman who came back the island to come out to his mother! The trailer is mildly amusing.