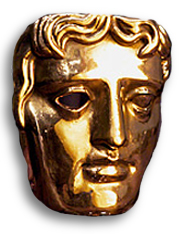 Less than an hour to go! Join me at 9pm for a webcast!

21h00: And we're on! A lot more civilised than getting up at 5am or not sleeping at all for the Oscars! Since they are actually broadcasted with an hour delay, most results are online already! I haven't read any of them, let's keep the surprise!

21h05: The fact that we are the only awards ceremony in the world needing to be sponsored (by Orange) says a lot about the state of the British film industry!

21h06: Weak jokes but at least no Ricky Gervais, they have just promised it!

21h13: Oh they have got Paul McCartney to present an award. So he does not just go on the X Factor then!

21h16: Best original score: King's speech boooh! I don't actually remember the score at all. Come to think of it, I don't remember much of the film either. Ah well Alexandre Desplat is indeed an amazing composer, let him have it! Mmh stick to music Alexandre, nobody understood a word you said!

21h17: Best special effects: Inception woohoo! I love the way they went down the way of some pretty lo-fi but nonetheless effective effects, instead of going all cgi mad in a matrix kind of way, in keeping with the understated elegance of the film

21h26: Best supporting actress: Helena Bonham-Carter for King's speech. My first and correct prediction! Her first win and it's about time, crowning (literally!) a great year of playing queens, she keeps getting better and better AND she is funny on stage, well done! Aww Tim Burton looks so proud!

21h28: Kevin Spacey, where has he been? Making no sense on stage, probably flustered after yet another encounter with some ASBO teen on Clapham Common

21h30: Outstanding British debut: Chris Morris for Four Lions. Funny I was kind of expecting Monsters to take the prize. I haven't seen Four Lions (well I am not a professional critic, yet!) but on the basis of Brass eye, and Chris Morris' neverending fight against idiocy, it is truly deserved!

21h36: Outstanding British film of the year: The king's speech, yawn. I wonder if The social network has got any chance at all for best film?

21h40: Best supporting actor: Geoffrey Rush for The king's speech. Second correct prediction out of two! He's not even here! But I'm pleased for him, his career seemed to be in a bit of a lull, I hope it goes some way in boosting it

21h45: Best original screenplay: loving the improvisation, or surely they are doing it on purpose?!?!?! That's actually quite funny!

21h52: Outstanding British contribution to cinema: Never quite understood why this is all about. If you have been on top of your game then you win a prize in any of the categories?! So the winner is erm the Harry Potter franchise. I loved the way every new Harry Potter film was deemed to be darker than the previous one. Makes you wonder if the last chapter will be so dark we just won't be able to see a thing (might not be a bad thing!)

22h05: Best animated film: Toy Story 3. Oops I typed this before it got announced, I truly have a gift! Pixar films should almost be out of competition to leave anybody else a chance to win!

22h10: Orange Wednesday Rising Star award: Go on Aaron! (What a stoopid name for an award by the way!) Tom Hardy wins... ok second best choice for me, but he is not even in to pick it up, boooooh! All the losers try to keep a happy face while crumbling deep inside, well at least they bothered turning up!

22h15: Those who have left us last year... I hate the way at the Oscars people applaud with various intensity depending on who's on screen, how inconsiderate... At least nobody is making a noise tonight, we are in Britain after all!

22h17: Best adapted screenplay: The social network. Like! Like! Poke! I wonder if Mark Zuckerberg was invited to the ceremony? Will he be at the Oscars? I was still rather underwhelmed by The social network, I think a lot of the critics projected things in this film that just were not there.

22h24: Best director: David Fincher: Woohoo 3 correct prediction out of 3, I'm on a roll! But he is not here to pick up the prize! Truly deserved. Oh dear Jesse Eisenberg is still in character on stage as the socially awkward Mark Zuckerberg!

22h27: Best actress. What is is with everybody fluffing their lines tonight, this is so under rehearsed! The winner is: Natalie Portman! 4 out of 4! I should have placed some bets tonight! Really pleased for her, I might have been rooting for Hailee Seinfeld but it truly is Natalie Portman's year, what an incredible performance still. Close shots on the loser's faces, and we move on...

22h34: Best actor: And that's a surprise... Colin Firth! Who would have thought only a few years ago he would overtake Hugh Grant as everybody's favourite British actor under 60. He blew me away in A single man and his amazing performance in King's speech was the only thing that elevated the film from an average tv period drama. 5 correct predictions out of 5 by the way!

22h40: Best film: The king's speech... Well I have correctly predicted 6 out of the 6 majors awards... King's speech, a competently made film, but where is the passion, where is the excitement, the originality... And what with the fascination for the royalty and posh people, is that because the Tories are back in power and we have a royal wedding this year? I never thought the 80's revival would take us in THAT direction! Now it remains to be seen whether the Oscars will follow suit...

22h47: Fellowship. This is usually the part of the ceremony where people stop caring so this should really go first. Saying that, very appropriate to have picked Tim Burton to present Christopher Lee with the Fellowship. So incredible to see him carry on at nearly 90 with a part in the new Martin Scorcese Hugo Cabret and the Wicker Man not sequel/not remake The Wicker tree. He does look quite old and tired tonight, this is a little sad. Charming, distinguished, witty... Well done Christopher Lee!

Well on these words this is it, not exactly the most unpredictable outcomes but it went quickly and we can now concentrate on what truly matters, the Oscars!
at 20:13