Richard Kelly rises from the celluloid grave: from Donnie Darko to Corpus Christi

Richard Kelly has just announced the production of a new film Corpus Christi, which is a relief as his latest flop, The box, seemed to me to be the last nail in the coffin of his once promising career. 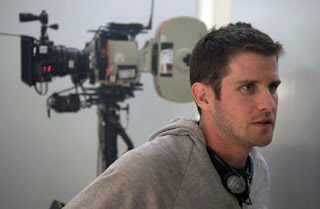 The precocious American director crash landed on the indie film scene in 2001, at the tender age of 26, with the film Donnie Darko that quickly became a cult classic, launching the career of Jake Gylenhaal, and the ramblings of thousands of film students about its true meaning. It was a very original and confident effort, and great things were predicted in its wake.
Five years later, Richard Kelly presented his new effort, Southland tales, at the Cannes film festival and became part of an infamous list of films that got slaughtered at the altar of the festival. Jeering, laughters and mass walk outs greeted the screenings of what sounded rather promising, with the unlikely pairing of the Rock and Sarah Michelle Gellar. The film was indeed a huge and incoherent mess, grappling with big themes and metaphysical concepts while giving this impression of not really understanding them. Porn stars, riot grrls and anarchists were thrown in for whatever reason, and nothing made any sense.
And then in 2009 came The box, which at first sounded like a more straight forward, over-extended Twilight zone episode. But he could not help himself and had to include (spoilers warning) an Adam & Eve AND a Pandora box analogy, a disfigured man reborn as an alien after being struck by lightning (as you do),  and a reflexion on Good and Evil and eternal damnation.
I actually enjoyed it a lot as a guilty pleasure. It was an inspired idea to set the story in the 70's as it gave it a sort of distant and cold sci-fi vibe. And the director showed a never seen before talent for creating some genuinely unsettling and sometimes frankly scary scenes and a tensed atmosphere. I loved the fact that he was not afraid to go completely over the top with the story, never quite knowing what would happen next. Sadly the film was a huge flop and there were concerns that he might not ever direct again.

But fear not, he is working on his new film called Corpus Christi, which is writing and directing. The story is a lot more straight forward: an Iraq war veteran forges a friendship with the boss of the supermarket where he works. However, knowing him, I fully expect philosophising dwarves, a nihilistic limbless riot grrl and, considering the title, a Christ analogy. No release dates or cast have been announced yet.