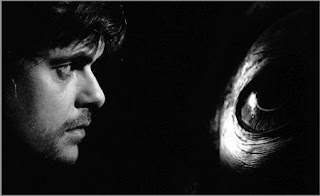 Everybody's favourite's Hungarian director Bela Tarr is back, presenting his new film The Turin's horse at the Berlin film festival this week. While his films can be an aquired taste, and for some epitomise pretentious art house wank fest, I am certainly a big fan. The lingering and meaningful shots, the arty black & white, the philosophical preoccupations... What's not to love? 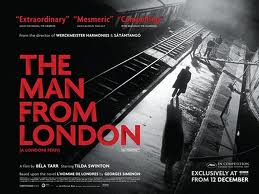 While The Werckmeister harmonies, released in 2003 was a bit of a highlight and a lot more accessible than some of his earlier work, his next effort, The man from London, an unlikely adaptation of a George Simenon's book, while bearing his stylised trademarks, rung rather hollow.
So it is with some trepidation that we are awaiting his new film, The Turin's horse, announced as being his last. The story, a fictionalised account of philosopher Nietzsche witnessing the whipping of a horse, alongside this mysterious teaser released today, confirm that this is not quite the film that will catapult him into the mainsteam audience that has largely eluded him, and so what? A demanding director as it were, who respects his artistic integrity until the end, I am all for it!

It has got all of his trademark style, the arty black and white, the static noise, the lingering shot... If it ain't broke, don't fix it!
at 23:29