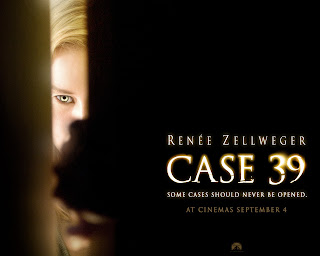 Synopsis: A social worker rescue a young girl from her abusive parents as they were about to kill her, only to realise that not all is quite what it seems...
Review: It is a little sad to see how quickly a career can stall in Hollywood, especially for women... It's hard to remember how only a few years ago, Renee Zellweger was on top of her game, starring in several hits on the mid 00's and winning an Oscar. And then her career just nose dived. This came out last year after spending a couple of years and the studio shelves, and sadly, tanked at the box office. 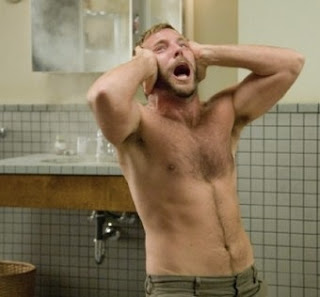 In my opinion, it suffered from a lack of confidence from the studio and a mediocre marketing campaign that made it look like one of those numerous and dreaded run of the mill PG13 horrors. It also suffered from the comparison with Orphan, another evil child movie that came out at the same time, and which had a more striking trailer, despite turning out to be far inferior.

Yet this surprised me as being a very assured and striking effort, that manages to keep a very unsettling atmosphere without resorting to too many obvious scares, thanks to some inspired sound effects, a moody and washed out cinematography and some genuinely disturbing moments, with a general tone that is a lot darker than hinted in the trailer. The evil child story might have been done to death, yet this strikes me as a very worthy entry in the genre.

The violence outburts are rare but sharp and there is a particularly revolting nod to the fly attack scene from Amityville. Renee Zellweger is excellent in a less wholesome and likeable part than expected, and Jodelle Ferland is very convincing in a less flashy but a lot more effective role as the she-beast than her counterpart in Orphan. Only the ending is a bit of an anti-climax but definitely worth catching up.