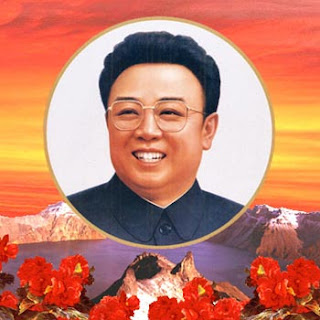 I have stumbled upon a very interesting documentary about cinema in North Korea (the full video is at the end of this page). This is just so laughable how the whole thing is so obviously staged for foreign journalists. Little did we know that Dear Leader, on top of being responsible for all that is good and dear (he makes the sun shine didn't you know!), on top of his too numerous to list talents, is also a great film director. Far from the commercial depravity of the west you will understand, he makes films that inspire patriotism and values. Yet no precious examples is shown to back up such claims.

So presumably the rest of the world is deemed unworthy of such celluloid wonders, as the only mark on cinema that Kim Jong Il had made so far, was as a puppet in the hilarious Team America: world police 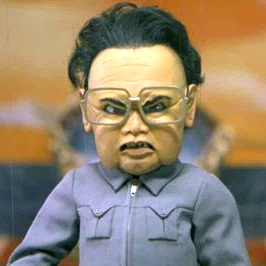 I have always been fascinated by North Korea, in the sense that it reminds me of these bad "alternate reality" sci fi movies, the kind with the "what if the nazis had won" premise. You would almost laugh when you see state produced footage of patriotic fervour, popular obedience and military display, as much as they come across as some cheap Orwellian spin off,  if it was not for the sad truth of a nation left to starve and complete lack of democracy. And this video is fascinating insight, more for that is implied behind these happy scenes of adoring film students.