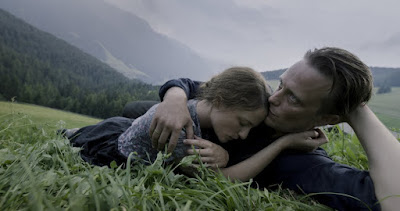 What a fabulous edition this has been, something that even the usual naysayers agree on. The masters have delivered some of their finest work, those rising stars have confirmed all the hopes placed upon them and there have been several discoveries too, even in the official selection which is a daunting place to debut your first film. There were very few clunkers, which I charitably will not mention and there were also mercifully few of those manufactured and ridiculous outrages that a certain kind of media gets drunk on every year.

Predicting which films a small jury with nine members will hand awards to is such a difficult exercise. All jury members are artists and their potential choices less easy to assess than those of critics. There is also no point basing awards predictions based on the kind of cinema jury members make (who would have thought Steven Spielberg would fall in love with Blue Is The Warmest Colour in 2013?!), as this would assume their vision of films is somehow narrow. Yet I am going to attempt some awards predictions all the same. With so many films deemed deserving of the top prize and no consensus on one in particular, there is bound to be some surprises...

Whatever we might have expected from Claire Denis's protegée Mati Diop, Atlantique surprised us all, a debut that effortlessly blends in social and magical realism, with the mark of an already assured talent. This might not be enough in a year when the competition is so strong and the film is so unique that it might not have won over the entire jury but they are are bound to reward it one way or another.

It might be a bold prediction to have him win over Quentin Tarantino but the rain soaked, neon lit direction of Diao Yinan was one of the joys of this edition, skilfully navigating a complex script with clarity, with splashes of violence that never felt gratuitous and dazzling us with its action scenes. It might feel too genre-tastic to warrant a bigger prize (although that did not stop Oldboy from winning the Grand Jury Prize in 2004!) but best director is within its reach.


Best Script: It Must Be Heaven by Elie Suleiman

The jury members all came out with a divine smile out of the gala screening of Divine Intervention and this is a year with no obvious contender in this particular category. Elie Suleiman's comedy/satire has been compared to Keaton and Tati and while the competition for best directing is far too crowded, the jury might want to reward the inventiveness of It Must Be Heaven via a best script award.

Best Actress: Adèle Haenel & Noémie Merlant for Portrait of a Lady on Fire

There are some who are predicting it the top prize and it would be a worthy winner, Céline Sciamma arguably delivering her best film to date, raising to the challenge of the costume drama genre that has seen so many before her fail. In a strong year in which allocating awards will be a challenge, I believe the jury might make the logical choice of awarding this film best actress to either just Adèle Haenel or both her and her co-lead Noémie Merlant considering their outstanding performances. The former manages to surprise us yet again with a different facet of her acting repertoire and a a final shot that is Glenn Close in Dangerous Liaisons' last scene levels of evoking so much without talking. The latter more than hold her own against her illustrious co-star and the jury might feel she is just as integral to the success of the film.

Many are predicting it the top award and it is second to Parasite in the film critics star rating's ranking. Cannes does not do "career awards" however and Inaritu has made it very clear that this jury will consider the films and the films only, not their context, who made them etc... As such, as much as I believe this is among the Spanish director's top three films, and as much as critics and fans loved it, I am not entirely sure it will be enough to take it to Palme glory and the jury might decide to reward it via the fantastic performance of Antonio Banderas, one that everybody agrees on. I would love to be proven wrong however and for Almodovar to win the top prize.

While the Quentin Tarantino'a film was very well received, few could have predicted that Bong Joon-ho's Parasite which screened later on the same day, was about to steal its thunder. Arguably the most talked about film of the selection, Parasite is a fabulously ferocious satire on social inequality and ultra competitiveness in South Korea, that has literally everything going for it: a sharp script, a social message, an impressive and assured direction, a lot of laughs, shocks and surprises... Yet the jury might feel that it is too "out there" to truly deserve the Palme and the Grand Jury Prize (or runner-up prize) is usually reserved to those bolder/more experimental films of the selection.

While very well received, A Hidden Life does not feature in many predictions as a top contender, yet I have a hunch it will win  as, in my humble opinion, it towers over an already excellent selection. A Hidden Life is the culmination of Terrence Malick's recent experimentation in directing combined with the humanism of lyricism of his previous work, which is bound to meet a consensus among the jury, especially one that is made of several film directors. Those members of the jury who might not be taken by his style will surely still have been moved by the devastating story and its historical echo.


These predictions will probably be all wrong but I truly hope the jury this year does not do a "George Miller" at least, with a baffling and frustrating series of awards like in 2016. On a final note, this is my personal top 5: