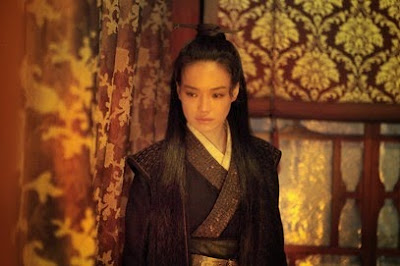 It is hard enough to guess what the Academy will vote as best film at the Oscars from a list of maximum ten films, a usually consensual choice, so it is impossible to ever predict the Cannes Film Festival awards. They are chosen from a list of usually twenty films, by a small jury of eight people, and as it has become the tradition ever since Isabelle Adjani, then President of the Jury in 1997 for the festival's 50th birthday, requested it, they are all artists. As a result, awards have become perhaps less dry than if chosen by critics for example, with some unexpected, sometimes maddening choices.

It is also pointless exercise to try to second guess what films the juries will have gone for based on their own films, as who knew Steven Spielberg would find himself so moved by Blue Is The Warmest Colour two years ago. Having read the daily interview of each members of the jury on the Cannes Film Festival website, they seem to have thankfully taken their task very seriously and loving the post screening discussions and discovering a certain kind of cinema they are not accustomed to.

At this stage, it is a toss between Vincent Lindon who impressed as a family man suffering from economic and corporate hardship in La Loi du Marché, and late contender Tim Roth as a complex and rather creepy carer in Chronic. Nobody else has really emerged as a real contender, and while Michael Fassbender is impressive in MacBeth, I don't rate his chances much over those two.

This is more complicated. Juries are not allowed to give any other prize to a film if they award it the Palme d'Or, including acting awards. So while Cate Blanchett herself or as a joint winner with Rooney Mara in Carol seem like the obvious choice (and they are truly divine), if the film wins the ultimate accolade then they are out. Second choice and/or wild card would be Zhao Tao in Mountains May Depart has garnered some momentum lately, in a sprawling part over several decades that sees her go from an optimistic youth to the acceptance, compromises and disappointments of later life.

Has there been any films with a more assured and intense direction that Son of Saul, by Laszlo Nemes in the line-up? I think not, which is all the more impressive considering this is the Hungarian director's first film. Son of Saul is an immersive, unforgettable experience with a truly unique new voice, and best director would be the most logical prize to award him.

I cannot think of a better pick than Yorgos Lanthimos' The Lobster. While his direction is impressive, it is his script that shines above all, a truly original story that works wonderfully well for all its quirks, and the strangeness of it all might find an echo with the Coen's brothers (who are joint President of the Jury)

This prize is usually given to a film that did not sway enough jury members (when Crash won it in 1996, some jury members famously had chosen to abstain), but one that some might feel strongly enough about to push for in return for backing out of their choice for another prize (there are some serious negotiations taking place apparently). I am thinking Tale of Tales by Matteo Garrone, it is quirky and crowd-pleasing enough to have charmed some of the jury members (even though it left me completely cold) and they might want to reward his originality.

The runner-up prize is traditionally given to more experimental/obscure films, but not always (it was awarded to Life is Beautiful in 1998, hardly the most arthouse film of the line-up). I would think this is likely to go to either Italian directors Nanni Moretti for Mia Madre or Paolo Sorrentino for Youth. Both films were well loved on the Croisette (the former more than the latter) although they might not seem groundbreaking enough within their director's career  to deserve the top prize.

If this was decided by film critics only, with a sufficient knowledge and grasp of cinema, there would be no doubt that Hou Hsia Hsien's The Assassin would win this. A sublime and mesmerising film that feels like the only real work of art of the line-up, one that will earn a spot in the history of cinema, it might however have come across as too inaccessible for such a varied jury. If they are oblivious to its delicate charm, then I suspect Carol would make a great palme too, one I would be greatly pleased by. It has received a fantastic reception from critics and it is difficult to see how it would leave anybody cold.


The prizes will be announced during the closing ceremony tomorrow evening. I will be live tweeting from the Debussy theatre where the press gets to watch the ceremony, so follow me on Twitter and see how right/wrong I was!