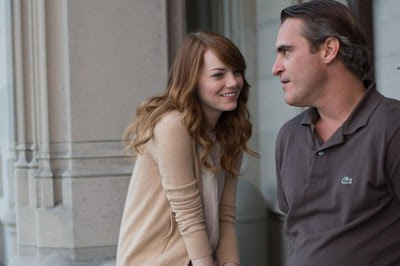 The Cannes Film Festival's love affair with Woody Allen, like any long term relationships, has had its ups and downs, its period of adoration and separation over the years. Although it seems as if the old couple has patched its differences over the last decade or so, and the American director is usually happy to send his films to La Croisette, albeit always out of the competition, even though the programmers tried to convince him to give the competition a go this time, considering the quality of his latest, which boded well.

In Irrational Man, newly appointed philosophy teacher and loose cannon Abe (Joaquin Phoenix), suffers a an existential crisis as he takes his new position in a college in Rhode Island. Circumstances and the unexpected eavesdropping of a conversation in a dinner lead him to believe that the most heinous crime can be justified depending on the circumstances, setting off a chain of events that gives him a new appetite for life, as he believes to have committed the perfect crime.


Irrational Man is a small gem, and like many of Woody Allen's work, has a lot more depth than it might appear at first, with its jazzy pace (and soundtrack) a deceptive facade underneath themes of justice and morals brew.

Its sardonic depiction of the American academic world is biting, and rings true and timeless, even if it does not feel particularly contemporary (no trigger warnings are ever mentioned, and the whole student/teacher shenanigans could certainly happen now!). It is a world in which the grown ups never had to grow up, being stuck in the same closed environment from their young adult to adult life, a world of gossiping, interdependent bitchiness, pretension and false intellectual idols. 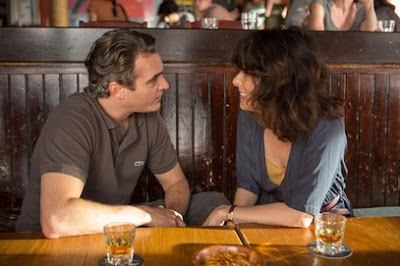 Woody Allen has always shunned the label of the intellectual, and abhors those. who take art far too seriously, and here is target is intellectual pretension, and how it drives some to believe themselves above human's rules and justice. There are echoes of two of his best films: Crimes and Misdemeanours, and Patch Point, even if the vibe is slightly lighter.

Woody Allen always has the knack to write some great characters, and he does it again, helped with a trip of fantastic actors. Joaquin Phoenix is excellent as the teacher and allegedly brilliant philosopher (only to be revealed as an intellectual fraud and a poser), struck with existential ennui, who finds a new appetite for life in the worst possible way. The skill of the actor is to play a tug of war with the audience, charming us as he does with everybody around him, and almost convincing us with his half-baked nefarious plans, until he repulses us when the idiocy of it all becomes so apparent. Emma Stone, fast becoming Woody Allen's new muse, shines, in what seems to be a difficult role of a start struck and infatuated student, only for her part and character to find some depth as the truth emerges and she literally grows up in front of us. And Parker Posey is brilliant in the supporting part of a lonely, middle aged woman, which looks as if it is going to be a one note character, only for her to give her plenty of conflict and melancholy.


Irrational Man was presented in the Official Selection, Out of Competition