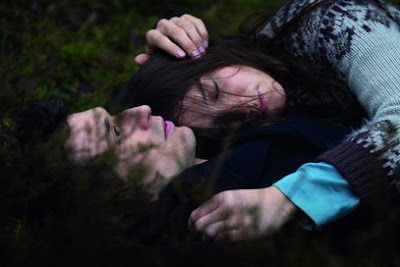 At times, it feels as if Cannes' Director Thierry Frémaux can never get it right in the eyes of the press when it comes to putting the official selection together. He is often criticised for every reason under the sun, often by journalist after a cheap, click-baity article, so not an easy task to chose what film will appear in the most prestigious film festival in the world. (For what it's worth, I think he's doing an excellent job). The main, recurring criticism levelled against him by some recently has been the lack of female directors in the official selection, to which he has responded that while he laments this current situation, which is endemic in the world of contemporary cinema, he is opposed to all form of positive discrimination, because the scrutiny is so intense in Cannes that it would not be fair or right. This year the official selection has a few female directors however, including Valérie Donzelli, whose latest film Marguerite & Julien was somehow unfairly lambasted by the press.


Marguerite & Julien is based on a true story, and on an old script that Jean Gruaut wrote for François Truffaut, who was never able to make the film. In it, we follow the illicit love affair between a brother and a sister in the 17th of century. At the times this sort of union would have earned the death penalty, and with their devotion showing no sign of abating with age, the pair goes on the run from their family and a society which cannot accept them.

Marguerite & Julien almost immediately echoes the Jacques Demy adaptation of a fairy tale with a more subtle theme of incest: Donkey Skin, with Catherine Deneuve. No singing here, or fairy godmother, but the same lightness of touch and charming anachronisms, such as the iconic helicopter that makes such a striking appearance in the 60's fairy tale film adaptation. I suspect this is the latter that have caused such fury with a certain kind of press that cannot accept that a period drama can be done differently: remember the reception that Marie-Antoinette received in Cannes too, guilty of the same alleged crimes. The Sofia Coppola underrated gem is another film Marguerite & Julien could be compared too, with a certain wide-eyed innocence and a soundtrack that happily spans centuries of music. 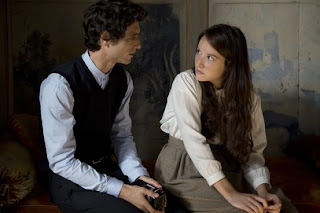 And despite the dramatic premise, Valérie Donzelli's playfulness remains present throughout, with a very stylised approach (characters will often start a scene frozen in time only to animate themselves a few seconds later). She treats their forbidden union as if it was society that had it all wrong and it was the most natural union in the world, and makes it believable, even if the depiction of society is rather manichean, and no characters others than the lead is given much of a positive side, including their parents.

The director is not known outside France, where she had a string of commercial hits with a few comedies, however her directing has evolved, stylised and stylish but in a way that beautifully transcends the usual period drama. But it is the two leads that elevate the material even more, in difficult parts. Anaïs Demoustier's career has been on the rise and she has rarely been better, a mixture of understated charmed and determination, and Jérémie Elkaïm (who also co-wrote the script) impresses, all in fragile and subdued masculinity.

Marguerite & Julien was presented in the Official Selection, In Competition.