Cannes 2014: Maps To The Stars By David Cronenberg 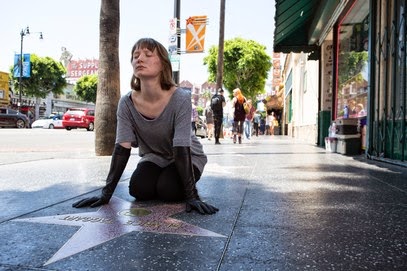 You just do not know what to expect from David Cronenberg anymore. While his career peaked early and his heydays are clearly behind him (despite what snobs might say), he has soldiered on with his career valiantly, with a few highs (eXistenZ, A History Of Violence) and many lows (A Dangerous Method, Cosmopolis...). Worse, while I would not expect him to carry on doing the same films and going over the same themes, he seems to have lost his identity, with many of his recent output feeling rather anonymous. And now he is back on the Croisette with Maps To The Stars, a Hollywood satire.


Maps To The Stars is an ensemble films, with a mötley crüe of archetypal Hollywood monsters and oddballs: the self absorbed and ageing actress Havana Segrand (Julianne Moore), a jobbing young actor trying to make it (Robert Pattinson), a child star, Benjie Weiss (Evan Bird) who is even more rotten to the core than any grown-ups around him and his parents: "Dr" Weiss (John Cusack), a therapist/coach with some highly dubious methods, and neurotic Cristina (Olivia Williams. While Havana is trying to go back into the limelight by appearing in the remake of a film that made her mother famous (whose ghost visits her regularly), Benjie's older sister Agatha (Mia Wasikowska) arrives back to Hollywood anonymously with secrets of her own...

Maps To The Stars does not have the best of start. Most, if not all of its characters and initial situations are most probably inspired by real events (including an anecdote that was making the round about what some Johnny Depp's fans were willing to do that is too gross to even mention here). Yet as a Hollywood satire it comes across as terribly obvious, showing us a city filled with morally bankrupt monsters as seen so many times before. And the final nail on the coffin of originality being Carrie Fisher's cameo, which countless tv series and films have done previously, including Scream 3 which did earlier in better (unless this is a meta comment on Carrie Fisher's cameos in numeros films? I doubt it). Yes this is a bad, bad city with not a single redeeming feature, a sort of hell that corrupts all of hits inhabitants before spitting them out, but I would have expected a more original treatment by a man who used to conjure up such distrubing films.

Worse, the surreal scenes featuring the ghost of Havana's mothers are utterly ridiculous, looking like something straight off one of those bad sitcoms that have long given up on even trying to remain credible. Remember the Simpsons' parody of those long running TV series, in which Moe becomes an actor and whose storyline involves an affair with a resurrected mommy? We are nearly there. Unless again this is a meta comment on those? I doubt it. Finally, what with the CGI/crayon'ed flames, the least convincing in the history of cinema?

Fortunately the film improves dramatically with the presence of Mia Wasikowska. A truly Cronenbergian character both physically (her burn scars) and mentally (with her highly unstable state), she brings in a much needed touch of unease. And thankfully the script follows suit, with a nightmarish second half that gives up any pretence of realism to plunge us in the darkest core of the city of angels, with brief echoes of his previous masterpieces.

As for the cast, it's a mixed bag. Robert Pattinson here only plays a short part that could have easily been cut out. Reading a recent interview, it sounds as if he was only in there to drum up some interest for film as a mark of support for Cronenberg who offered him such a great part in Cosmopolis). Julianne Moore is lumbered with an obvious part that lacks of any real depth, even if she makes the most of it. But it is Mia Wasikowska's film, in probably her best performance to date, never chasing any sympathy and at times frankly repulsive morally, as a troubled souls damaged by the poison that is Hollywood and which has infected her whole family.

Maps To The Stars is an interesting failures, which only too briefly shows what could have been, and which is not quite the film that will bring David Cronenberg back to his previously glory.