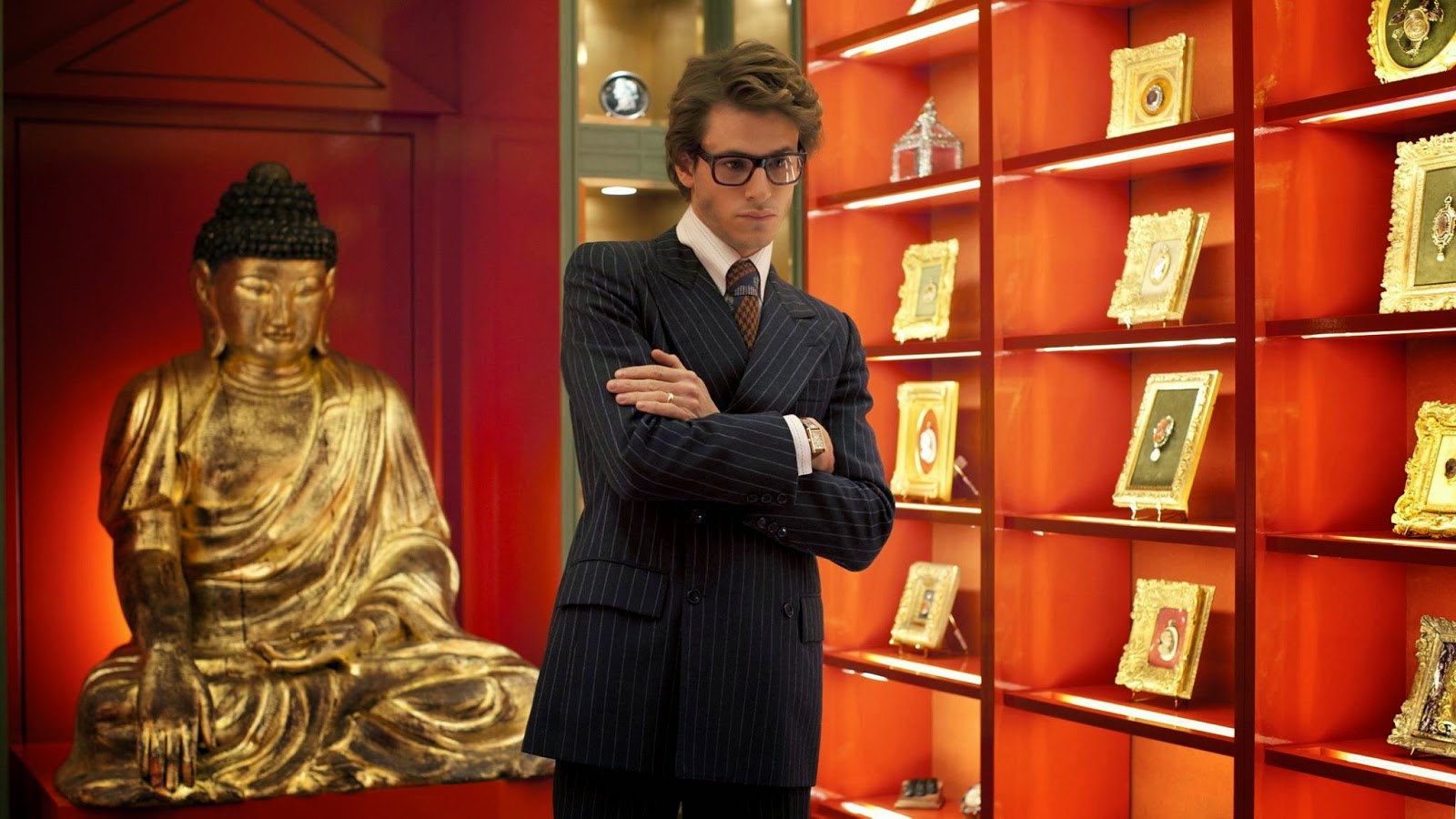 I was actually dubious about Saint Laurent, having been scarred by the terrible Yves Saint Laurent which came out a mere few months ago in the UK, a flat and dull, show-and-tell hagiography that had all the flaws of the biopic genre. Interestingly, Bertrand Bonello, director of Saint Laurent, mentions that other project in the press kit, and explains that since he knew the competing project would be a more traditional biography and was to come out earlier, it was actually doing him a favour and freeing him from many narrative constraints. Since the audience would be more familiar with key elements in the designer's life as well as the important people in his life, he decided to chop off his script to avoid being redundant, ending up with a film that is a lot more radical and abstract as a result.

Indeed this new film could not have been any more different, a case study on how to make a biopic as proper cinema and not just some too reverent drivel with all the formal invention of a made for TV feature film. The director has described it as a biopic of the mind, wandering back and forth in time, sometimes picking up on tiny but significant elements in the childhood of the designer, at other times spending several scenes with an ageing Yves Saint-Laurent (elegantly played by Helmut Berger, a genius piece of casting), giving a Proustian quality to his narrative. But most of it is centred on a short but pivotal period of his life between 1967 and 1976, a time of social changes in the French society which his designs and lifestyle echoed perfectly. 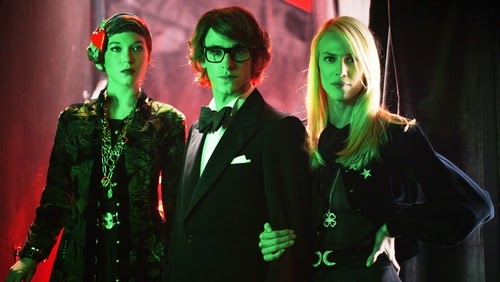 This is no story of a rise to stardom as when the film begins, the designer has already reached superstardom. We know this as we see him read a letter from Andy Warhol, declaring them both to be the most famous people in the world. Later, Bertrand Bonello shows how the designer was at once kind and ruthless towards his staff, both scenes setting up his personality traits without resorting to tedious and demonstrative scenes of exposition.

The worst crime of Jalil Lespert's Yves Saint Laurent was to make one of the most talented man in the world come across as rather dull. No such thing here, on the contrary Bertrand Bonello focuses on the grace and almost otherwordliness of a man who has reached the top artistically, mingling among beautiful people in clubs, the hedonism and various excess, the existential ennui.. Under less assured hands, this could come across as vacuous and smug, but on the contrary here the director elevates this to a higher level of beauty and aestheticism.

The one saving grace of Yves Saint Laurent was Pierre Niney, who mastered the unusual phrasing and mannerisms of the fashion icon but here the impossibly gorgeous Gaspard Ulliel goes one step further by channelling his spirit without the need for some karaoke acting, with Bertrand Bonello making him as much an object of desire himself as the beautiful people he surrounds himself with. In the short but  important part of Louis De Bascher (a high society dandy and Karl Lagarfeld's protégé who became Yves Saint Laurent's lover), Louis Garrel is pure seduction and charm, with an inspired turn which is probably one of his best performances. A sensual scene which finds him in a bed seducing the designer would be sufficient to bring a civilisation down.

While I try to be as open as I can, I am forever championing a certain kind of cinema which pushes the boundaries of this art form and this is precisely what Saint Laurent does, offering the audience an impressionist, lyrical and sublime vision. The last thirty minutes, nearly dialogue-free, are a thing of beauty that nearly brought tears to my eyes.