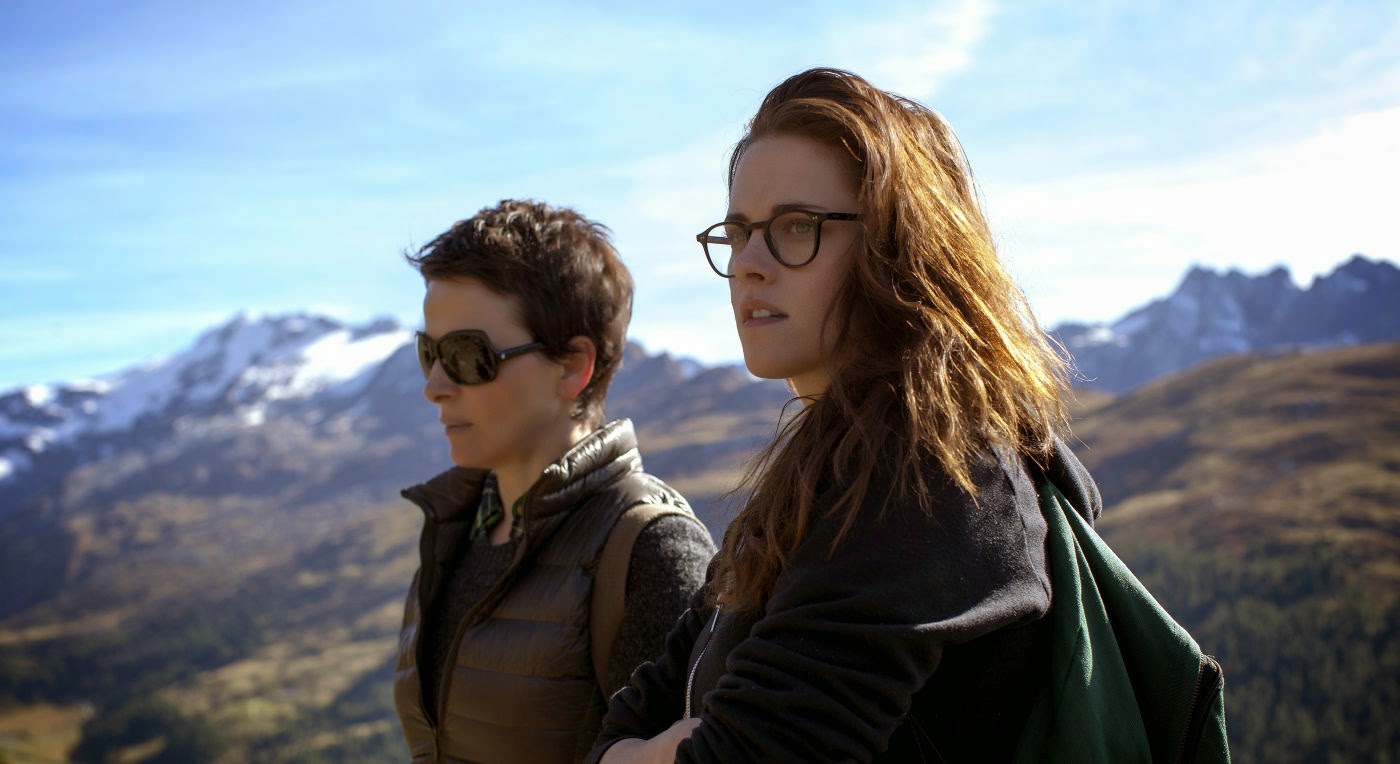 Perhaps one of the most intriguing entry in the official selection this year thanks to the unusual pairing of Juliette Binoche and Kristen Stewart, Clouds Of Sils Maria was screened the last day of the competition. While I have not always been the biggest fan of Olivier Assayas (with L'heure d'été being a crime of boho), at least the premise promised a connection to one of his best films Irma Vep as well as countless cinephile references.

In Clouds Of Sils Maria, Maria Enders (Juliette Binoche), an actress at the peak of her career, is about to embark in the revival of the play that made her famous at a young age, the twist being she is now taking on the part of the older woman in the play, one that led the original actress to commit suicide. She travels to the Alps in the town of Sils Maria with her young assistant Valentine (Kristen Stewart) in tow to rehearse for the play.


Olivier Assayas has always been a lover of women and actresses in particular (he did marry one after all, Maggie Cheung!), at his best he has offered them some fantastic parts, and this is no exception. Quite simply, Juliette Binoche has never been so luminous, in one of the best performances she has given in years. Stunningly beautiful and timeless despite playing an ageing actress, wonderfully filmed with a camera completely in love with her, she shines with her mixture of confidence and doubts, of frailty and humour (a slight gesture and a mischievous smile to a question Valentine asks her had the audience roaring with laughter).

Kristen Stewart, who seems to be following Robert Pattinson's career path by embarking in more demanding, indie roles, will be a revelation for some, although for my money, I've always found her to be a much better actress she was given credit for, even in the Twilight saga. In the part of a slightly mousy and unassuming assistant who later reveals an unexpected strength of character, she more than holds her own against La Binoche. In fact, had the latter not won best actress in Cannes recently, I would have bet on the pair receiving a joint prize comes tomorrow, they have a fantastic acting chemistry.

Their relationship which forms the core of the film is complex and full of subtleties, one of mutual admiration and curiosity but also resentment of generational conflict, each representing what the other is losing/hasn't achieved yet. All of this is mirrored by the subject of the play, bringing a meta dimension to some of the rehearsal scenes between them two. And despite their initial closeness, cracks and an underlying and simmering tension soon appear, leading to a rather mysterious scene near the end which had me scratching my head until I realised it made perfect sense.

In a smaller but all the more pivotal part, Chloë Grace Moretz impresses, at first seen through TV footage and trailers as a seemingly airhead rising star of blockbusters, only to turn out to be a smart and poised young woman once we meet her in person, a interesting meta transposition of Kristen Stewart's own persona.

While we should clearly understand that there is a competition between all these three women, young and old, ultimately the film laments the end of real movie stars, in an age where concepts matter more than anything in the industry. Although as a sting on the tail, the mere fact that such a film which celebrates actresses and put them at the forefront exists is still an encouraging sign for the future of cinema!