Bringing Sundance and its particular blend of independent cinema to London two years ago was a gamble, and yet it paid off handsomely. The festival has enjoyed a great success and recently had its third edition. It is proving yet again how cinephile London has become over the last decade or so, and the appetite there is for a wide range of films. And I like the opportunity this festival offers to catch up with a kind of American independent cinema which is actually hard to find, even in London, even if I can't help lamenting its short duration, and the fraction of films brought over.

Sundance London 2014 had a tough act to follow as last year's edition brought us Upstream Colour, a film towering over everything that has come out over the last few years. And thanks to the festival, I saw it in that huge Superscreen at the O2 on a full screening, one of my most memorable and immersive experiences at the cinema. This year didn't offer anything that got anywhere near it, and I didn't get to see as many films as I hoped for, but it was a decent line-up all the same. I have ranked them from best to worst:


1) The Voices by Marjane Satrapi 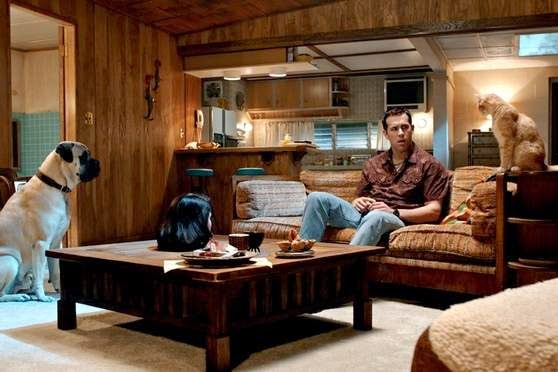 I must admit I didn't know what to expect when I read about this a while back. The story of a disturbed and conflicted man who hears voices (his pets at first, and then from other even more unlikely sources...) and goes on a killing spree seemed like a marked departure for director Marjane Satrapi who made a mark on the indie scene with the animated hit Persepolis. And yet, against all the odds, it works brilliantly. The Voices is a wicked black comedy which I could describe as Maniac meets Drinking Buddies meets Homeward Bound. The uneasy mix of laughs and violence works for most of the running time, even if a musical number at the end proves to be one quirk too many. And the film benefits from a great central performance.

Ryan Reynolds, who I have always held as a really good actor with a great screen presence is brilliant in this (he even did the voiceover of his talking pets!) and shows us some more facets of his talent. At the Q&A, he described the joy of working on a small indie film, without the pressures that a $100M blockbuster might bring, and after several big budget flops, I wonder if this represents a new and welcome direction for his career.

Sundance London is not the starriest of festivals, but I must admit I got absolutely star struck as I walked past Ryan Reynolds, sat in the audience, and went back to my seat only to notice Stanley Tucci a few rows ahead of me, present for the screening. despite not being part of the cast.

2) The One I Love by Charlie McDowell 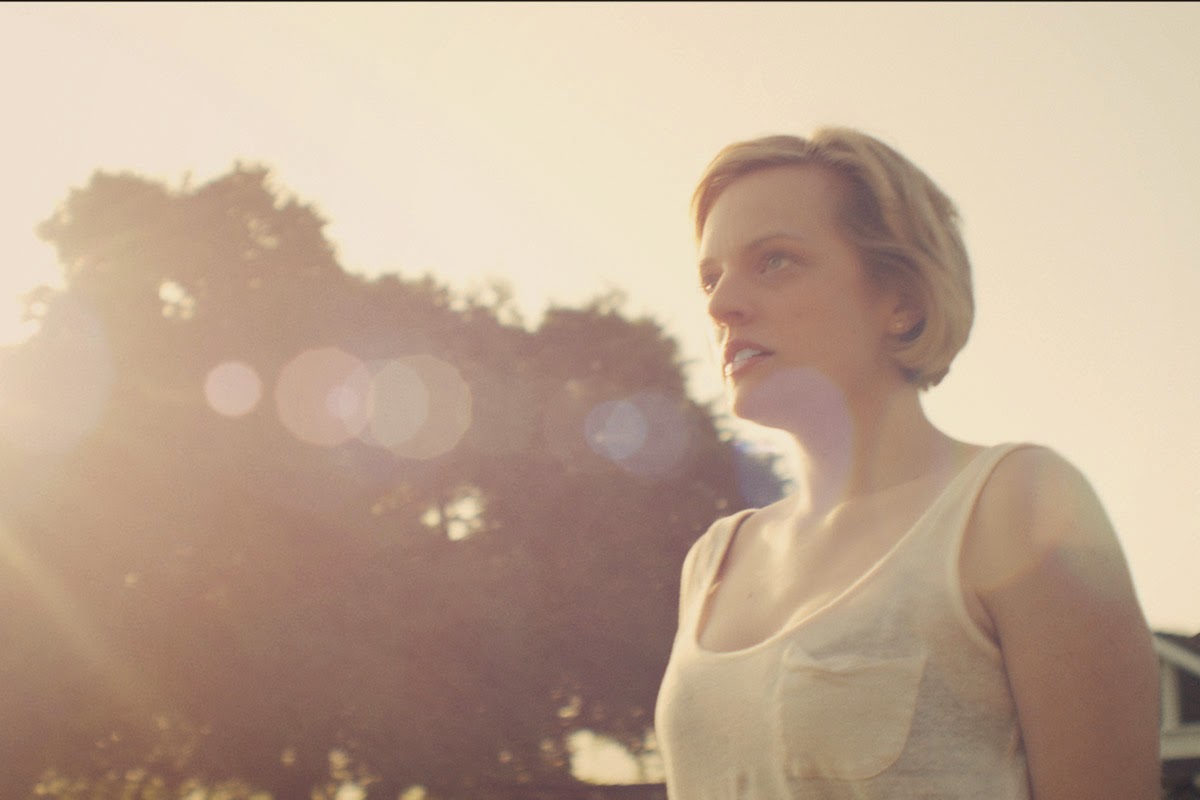 I love science-fiction, especially the more experimental, cerebral kind and there was a great buzz surrounding The One I Love. It is a tricky film to review as saying too much would ruin it, but then again by saying this I feel like I am ruining it anyway as you WILL now be expecting a twist of some sort. Which the film does not offer, it is not so much a twist as a high concept which, again, is best left unrevealed. The film follows a couple (indie king Mark Duplass, and Elizabeth Mad Men Moss) on the brink of a separation who, on the advice of a therapist (Ted Danson), goes on a retreat to find themselves. And boy do they find themselves...

I must applaud the ambition, and I like the way US indie has been caressing the sci-fi genre recently. The concept here is clever although I could do some film maths and say it is ***** meets **** but then it'd ruin it all. There were several scenes that have a welcome chilling and menacing vibe, and praise must be given to the two leads who both have a demanding part to play (Elizabeth Moss in particular is impressive). But perhaps it lacks that extra madness that would elevate this further, and while I enjoyed  it a lot, I could not help thinking it felt like a feature length Twilight Zone episode

3) They Came Together by David Wain 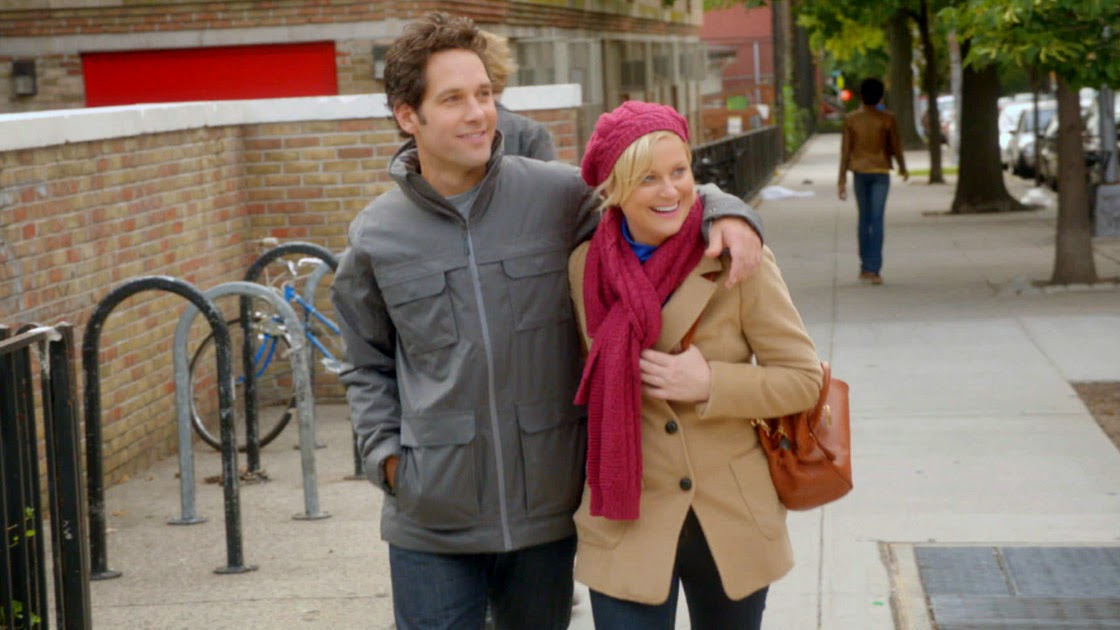 Nice to see a comedy in a film festival, and a broad one such as this. Directed by David Wain who made the wonderful Wet Hot American Summer, this is a meta rom-com with an unlikely mix of humour ranging from ZAZ'esque surrealism to modern day American TV sharp writing.

The director described at the Q&A how fast the shot was and how a lot of it was improvised, and it shows. The jokes come thick and fast and I must admit, a lot of them fail, especially in the first half. And there are some terrible false notes (a cheesy aside to the camera by Paul Rudd belong to another era). But there is quite a lot to enjoy too, from the myriad of references to illustrious rom-coms (especially When Harry Met Sally), to some frankly hilarious scenes too, even if there are far and few between. And while I remember laughing quite a lot, it is also telling that, a week later, I have forgotten most of it already. Plus I can't help thinking that the aforementioned ZAZ'esque surreal humour has been done before and better (by the ZAZ themselves, obviously, see Airplane). But if you want to see How I Met Your Mother meets The Naked Gun (albeit a lot less funny) then it is the film for you. 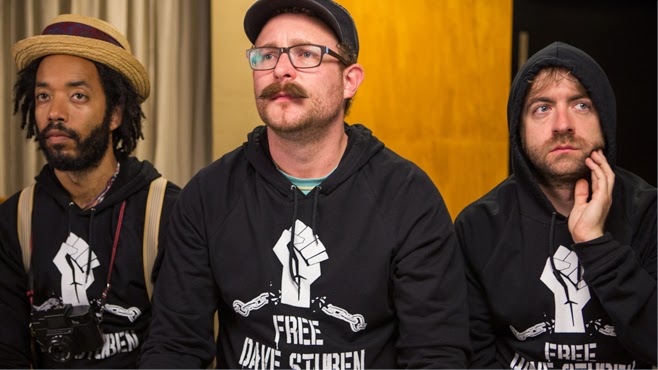 Satire is not my favourite genre. In the wrong hands, that kind of film usually ends up on the smug side and they are usually tackled by people who do not seem to like humanity very much, professing their wisdom upon the rest of us from their moral high chair.

Here the director sets his target on internet celebrity, which while relevant is not particularly original. The one good idea in the script is to have both a father and his daughter fall foul of the danger of internet fame (for very different reasons!) which gives a nice emotional dynamic to it all. And actress Meredith Sagner is a real revelation, channeling of Reese Witherspoon and being the only nuanced character of it all.

But mostly the film is just a shot at everything that irks David Cross : the director pokes fun at clicktivism, tiresome and naive trust-fund holding Brooklyn hipsters embracing an ever changing cause du jour, no talent nobodies who hog the limelight for all the wrong reasons, wannabes... It is all a bit obvious and lacks nuances. Plus for a film about internet celebrity, there is not a cute cat in sight, talk about setting off to fail!