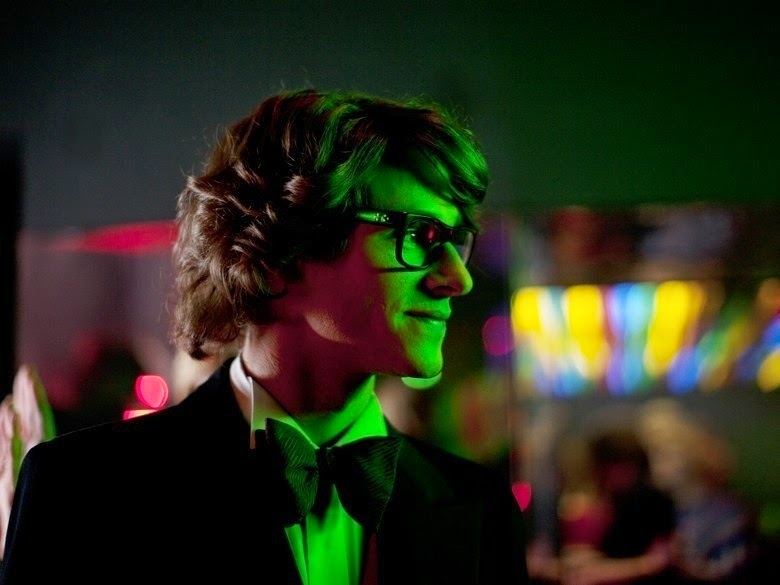 As ever with Cannes, a day of contrast, with a film about Yves Saint Laurent, a survivalist French rom-com and an indie horror, as I worked my way alongside the Croisette from the Official Competition in the Palais to Director's Fortnight to Semaine de la Critique.


First off, Saint Laurent. It was to be the first highlight of Cannes for me, a lyrical and impressionist film, whose sublime last thirty minutes, nearly dialogues free, brought tears to me eyes. A handful of French critics (the usual suspects such as Les Inrocks etc...) who support a certain kind of formally inventive cinema, came out raving about it, but the foreign press was not as enamoured however, with many calling it empty and pretentious. Fools.

I have written a separate and full review, which I shall do for the most memorable films I see during the festival. On a side note, as usual with Cannes and especially when attending these first press screenings early in the morning, there was the joy of being among the first to see it, without any pre-digested opinions of it. There is also the anxiety of whether your opinion will match the one of those you respect. Not that it should matter and you should be confident enough in your critical abilities, but there is always a certain thrill and trepidation to reading out tweet reactions from other reviewers. 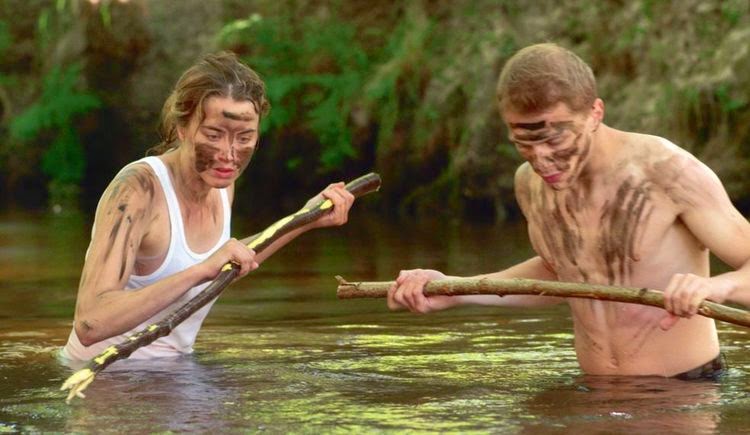 One of the joy of Cannes is the discovery, and it is worth going into films completely blind and hope for the best. Indeed, I have sometimes picked a film based more on the convenience of the schedule and screening location while filling a gap, taking a leap of faith and relying on my usual optimism about cinema. Sometimes it works beautifully. Other times I end up watching Les Combattants. This starts off like a slightly coming of age-y French rom-com, which sees survivalist Madeleine (rising star Adele Haenel) meets and hates carpenter Arnaud (Kevin Azaïs) at first sight (the English title is Love At First Fight), as their first encounter is a physical fight at a military recruitment camp. But you know where this is going, right?

I watched in utter puzzlement as the audience guffawed at the unfunny and obvious jokes, while I was counting the stereotypes piling up one by one while trying not to fall asleep. Praise should be given to first time director Thomas Cailley for at least trying to do something different from the usual well-worn road taken by so many first French films. And Les Combattants does take some refreshingly unexpected turns, so much so that I described it as (SPOILERS, kind of) Tomboy meets M.A.S.H. meets The Blue Lagoon with a hint of Silent Hill when I got out, although I'm worried I'm overselling it.

Adele Haenel's tomboyish character quickly grows tiresome despite her talent as it is far too one note, even if it makes a refreshing change to see a woman completely in charge in that kind of films. As for her male co-star, he is too bland to make an impression. Despite the interesting shift in genre you still know perfectly where this is going, and the jokes are far too broad. To think I heard some compare it to Guillaume Et Les Garcons, A Table, last year comedy sensation at Director's Fortnight, which went on to a César glory as well as a huge commercial success in France… The film does give the hint of a particularly ballsy tonal shift before safely retreating to more audience friendly territories. 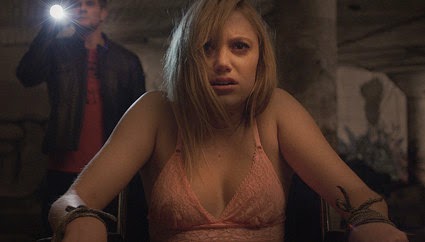 Finally for the last film of the day. It Follows, an indie horror by David Robert Mitchell, whose previous film was the very different The Myth Of The American Sleepover . The hype machine works overtime in Cannes, and make scheduling all the more trickier as unlike other film festivals, films usually only get shown over the course of one day (sometimes just once!), with usually one more catch up screening the next day. So after the 8am screening elicited some rave reactions, it felt as if all of the Croisette and especially genre fans like myself were making their way to the second screening of the film in the afternoon, which lead to an anxious wait as the film was shown in Espace Miramar, a very small screen reserved for Semaine De La Critique (a sidebar selection which showcases first and second feature films only).

I have written a full review here. What I can say is that while the film mostly lives up to its hype, I do wonder if expectations have not been raised too high already, with a couple of established journalists declaring it to be the best thing they had seen in Cannes so far. I favour enthusiasm but I am wary of hyperboles and worried about the almost predictable backlash once this comes out.
at 21:09